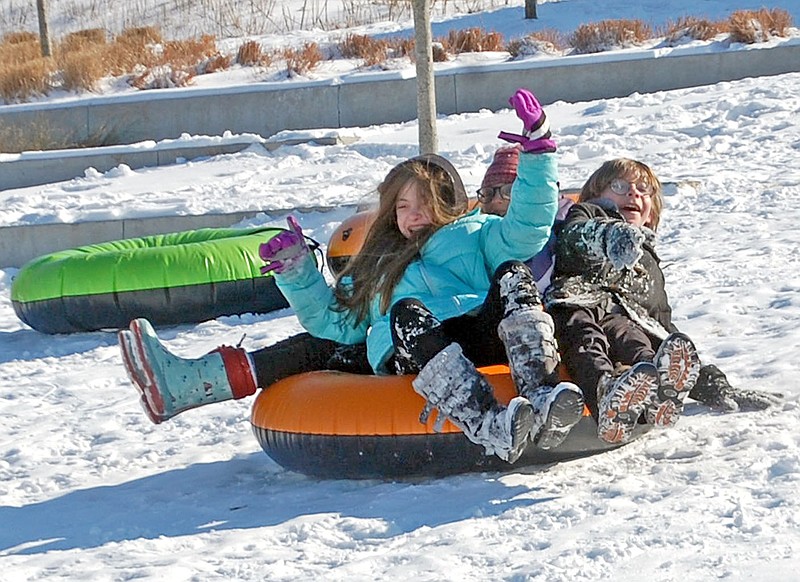 Janelle Jessen/Siloam Sunday Children enjoy sledding in Memorial Park on Thursday. The hill was a popular place for sledding throughout the week.

Temperatures at Siloam Springs Smith Field Airport remained below freezing throughout the week and dipped into the single digits over night on Wednesday and Thursday nights, according to the National Oceanic and Atmospheric Administration website, weather.gov.

The weather closed Siloam Springs Schools for in-person instruction all week, according to Superintendent Jody Wiggins. John Brown University also pivoted to remote instruction on Monday, Tuesday and Wednesday, according to Julie Gumm, director of marketing and communications.

City officials asked industrial and retail companies, its largest consumers of electricity, to voluntarily shut down to conserve electricity, according to a post on Feb. 14 on the city's website.

On Tuesday, Simmons Foods released a statement explaining production schedules at several facilities had been canceled or reduced because of the extreme weather conditions and energy constraints.

Cherokee Casino & Hotel West Siloam Springs, which does not receive electricity from the city of Siloam Springs, closed to the public at 5 p.m. on Monday in order to conserve energy, according to a post on the casino's Facebook page. On Wednesday, the closure was extended until 1 p.m. on Friday.

The Siloam Springs Walmart Super Center closed at 12:56 p.m. on Monday for about 90 minutes due to a power outage, according to a post on the store's Facebook page.

Online pick up at Walmart was delayed due to a power outage on Tuesday, Walmart posted on its Facebook page. Customers were asked not to come to the store until they received email confirmation that the store was ready for them, the post states.

Walmart announced at 2:47 p.m. on Tuesday on their Facebook page the store would closed at 9 p.m. and reopen at 7 a.m. on Wednesday.

On Tuesday morning, the city had to shut power down throughout the city for 31 minutes because the hospital's back up generator had not come on, said City Administrator Phillip Patterson.

"The only option for us to do at that moment in time was to make a quick decision, a fast decision, which was to turn everybody else off in the city and turn power back on to the large power consumers," Patterson said.

Siloam Springs Regional Hospital did not comment on the generator being down but instead released the following statement on Wednesday: "Siloam Springs Regional Hospital is prepared to care for all patients who need medical attention and we encourage patients experiencing a medical emergency to seek care promptly. Our backup generator remains operational and is ready to be activated in the event of power supply disruptions or natural disasters."

Pipes burst in all six of Siloam Springs School District's main campus buildings throughout the week, causing flooding and more than $100,000 in damages, according to Assistant Superintendent Shane Patrick.

Pipes burst in 11 buildings at John Brown University, but the issues were resolved and cleaned up quickly, according to Gumm. No students were displaced because of the burst pipes, although some students in Hutch Hall were temporarily evacuated for about an hour when the leaks caused fire alarms to go off, she said.

The city of Siloam Springs amended their office hours on Tuesday and Wednesday by opening at 10 a.m. This included city hall, district court, community development, parks and recreation, animal shelter, library, police and fire department administrative offices, public works and electric department offices, according to a post on Feb. 15 on the city's website.

On Wednesday, the city announced on its website the transfer station would be closed on Thursday although trash routes would continue.

As of Friday morning, four accidents occurred in Siloam Springs due to the weather, according to Captain Derek Spicer of the Siloam Springs Police Department. The fire department worked one accident, but no one was transported to the hospital because the patient left the scene, according to Deputy Chief Brent Ford.

Warmer weather is ahead, according to the National Weather Service in Tulsa, Okla. Temperatures are predicted to climb with highs of 65 degrees by Wednesday and lows of 43 degrees, the site states. 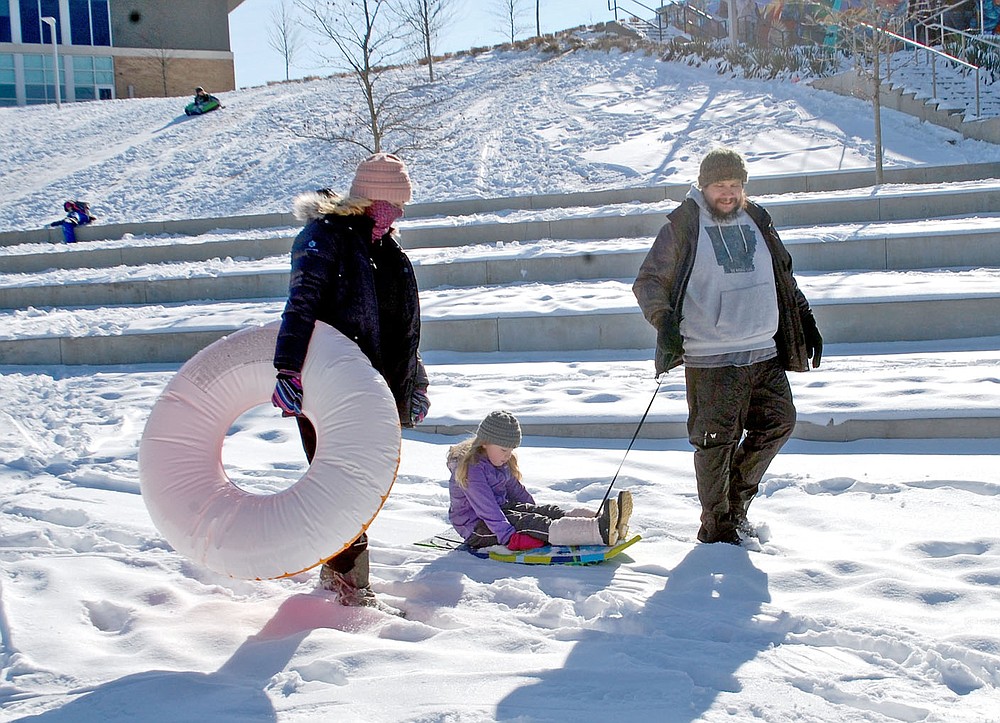 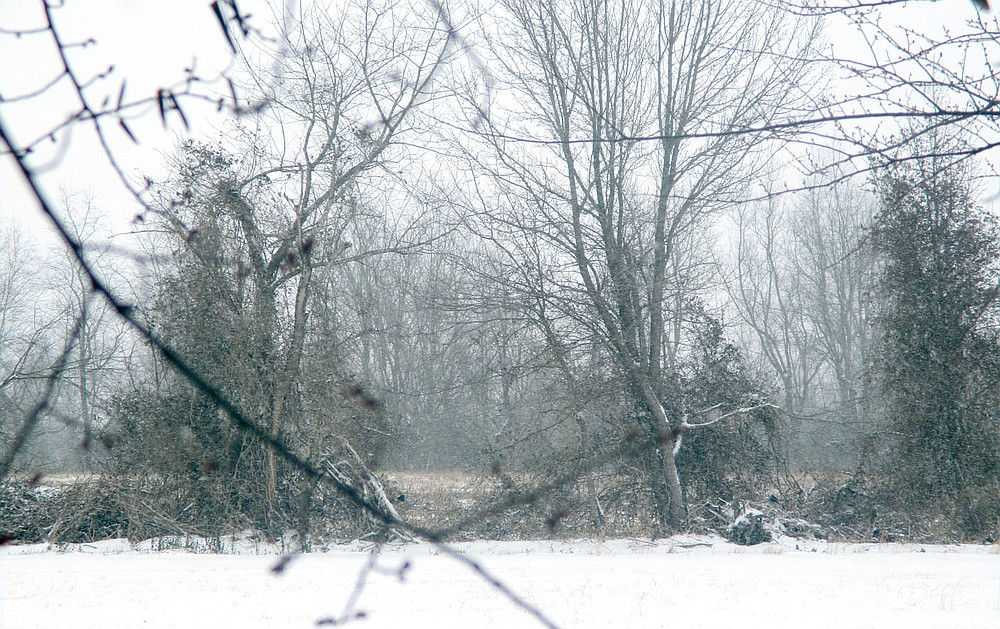 Marc Hayot/Siloam Sunday An arctic blizzard came to Siloam Springs on Sunday Feb. 14, delivering fourth eight inches as of Thursday according to the National Weather Service. 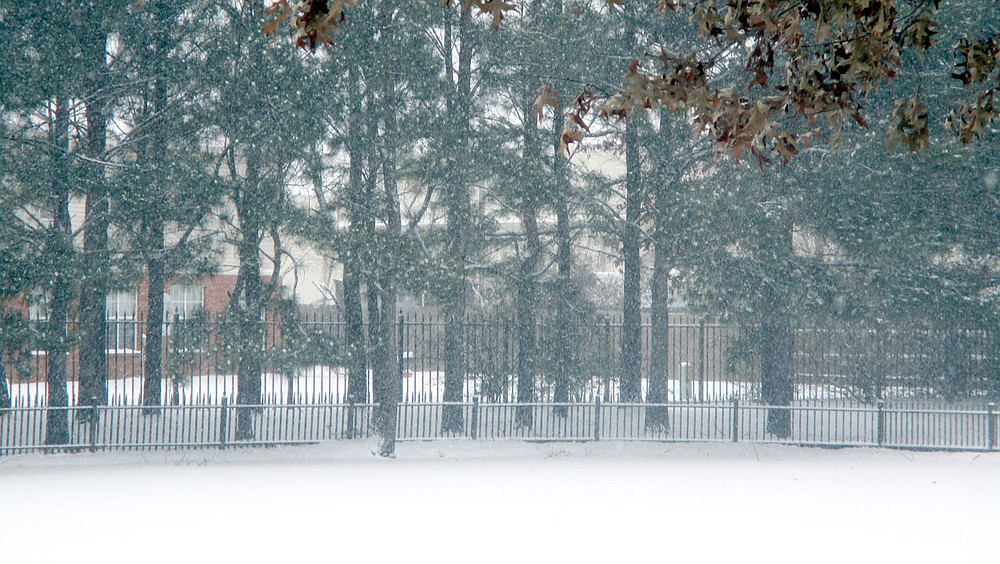