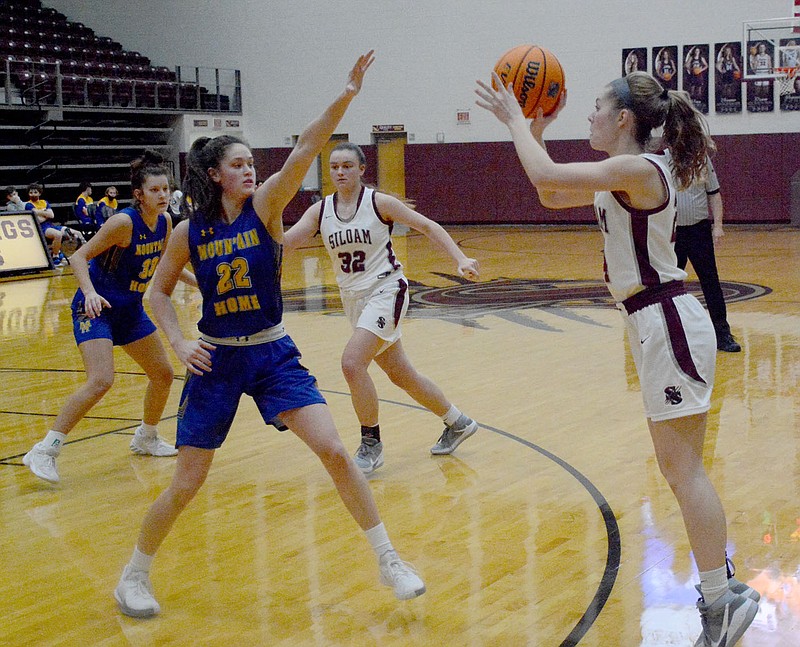 Siloam Springs got hot in the third quarter Friday and there was little Mountain Home could do to stop it.

The Lady Panthers broke open a close contest by outscoring the Lady Bombers 20-5 in the third quarter and cruised to a 57-31 victory inside Panther Activity Center.

"We needed to play well tonight and respond after a tough one Tuesday (at Vilonia)," said Siloam Springs coach Tim Rippy. "Our kids did that and knew how important it was. I really like seeing the response after the half -- really two quarters of good basketball, pretty much on both ends. We forced Mountain Home to take some shots we felt like we needed to force them to take."

Siloam Springs led 23-20 at halftime and outscored the Lady Bombers 34-11 in the second half.

After baskets by Mimo Jacklik and Sydney Moorman gave the Lady Panthers a 27-20 lead to start the second half, the Lady Bombers pulled within 27-23 on a 3-pointer from Kate Gilbert.

It was all Siloam Springs from that point on.

The Lady Panthers connected on four straight 3-point shots in a five-possession period, including the final three from Moorman, who led with 17 points.

Reina Tiefel got Siloam Springs going with a 3-pointer from the corner in front of the home bench. Moorman then connected on three straight, one from the top of the key, one in the corner and another on the wing.

"Once (Moorman) hit one, we decided to start running some stuff for her," Rippy said. "I thought our kids really executed. We decided to keep going with the hot hand. And boy our kids, really on a couple of set plays, I thought they did a great job there, not only finding Moorman but going through option one first inside, drawing the double team and then finding her on the kickout. I was really proud of that. I thought that spurt was huge. I also thought during that spurt we -- for the mostpart -- dominated the glass on the defensive end which allowed us to have those possessions."

Tiefel scored inside and Brooke Ross added a reverse layup as Siloam Springs took a 43-25 lead going into the fourth quarter.

Gilbert converted a three-point play for Mountain Home to open the fourth to pull within 43-28, but that was as close as the Lady Bombers would get the rest of the way.

Tiefel, who had 12 points, answered with another 3-pointer in the corner, showing added range to her inside scoring ability.

"(Tiefel) came in and went two of two out there," Rippy said. "On our shooting chart, she green lights out on 3-point shots quite a bit. It's not that we have told her not to shoot it, she's just a great driver. They're the first ones that decided not to guard her out there. So we told her at halftime, her and (Brooke) Smith both are capable of that. We just told them, look if they're not going to guard you and it's in rhythm, take the shot, and knock it down just like you do in practice, and Reina was able to do that."

Quincy Efurd, who chipped in seven points, added a three-point play as the Lady Panthers went up 49-29.

"(Efurd) finished well off of our tailcut there," Rippy said. "You know I think it was Mimo at the point. Mimo's the one who gets her open on that cut and our kids made a couple of big passes back to back, and Quincy did a good job of finishing."

Mia Hevener and Efurd added inside baskets for a 53-29 lead. Ross hit a pair free throws and Tiefel scored inside to set the final score.

Ross added nine points for Siloam Springs, while Jacklik, Smith and Hevener each had four.

"Well I got outcoached and we got outplayed," said Mountain Home coach Dell Leonard. "I think the thing that bothers me more than anything is you know when we make mistakes our timing's off on offense, we're turning it over or we're just not getting in a rhythm. As a coach you always take responsibility for that. We've got a lot of young kids and we made a lot of young mistakes. Then defensively we had to try and extend a little bit. Coach Rippy does such a good job with his offense, and they were able to take advantage of us."

Gilbert led Mountain Home with 14 points, while senior Addison Yates had 11, including nine in the first quarter.

"I think the biggest key was we had two seniors that came out and played like seniors," Leonard said. "They've been there and done that and they didn't play timid or scared. They did a lot of good things. Our younger ones, you could tell we were just a little bit timid and that surprised me because Tuesday night at Alma we didn't do that. I'm not sure what happened there. We had some mistakes and maybe they were able to put it behind them or whatever, but I thought we played a little soft tonight in a lot of areas. I've seen our kids better than that. But you also give Siloam a lot of credit."

Vilonia blew open a close game at halftime by outscoring Siloam Springs 24-3 in the third quarter to take the 5A-West Conference victory.

Siloam Springs led 17-13 after the first quarter, but Vilonia rallied to take a 28-25 lead at halftime.

Lauren Patterson led the Lady Eagles with 22 points, while Kenzie Floyd had 12 points on four 3-pointers and Clara Prater 10 points.

The Lady Panthers are scheduled to host Alma on Tuesday. 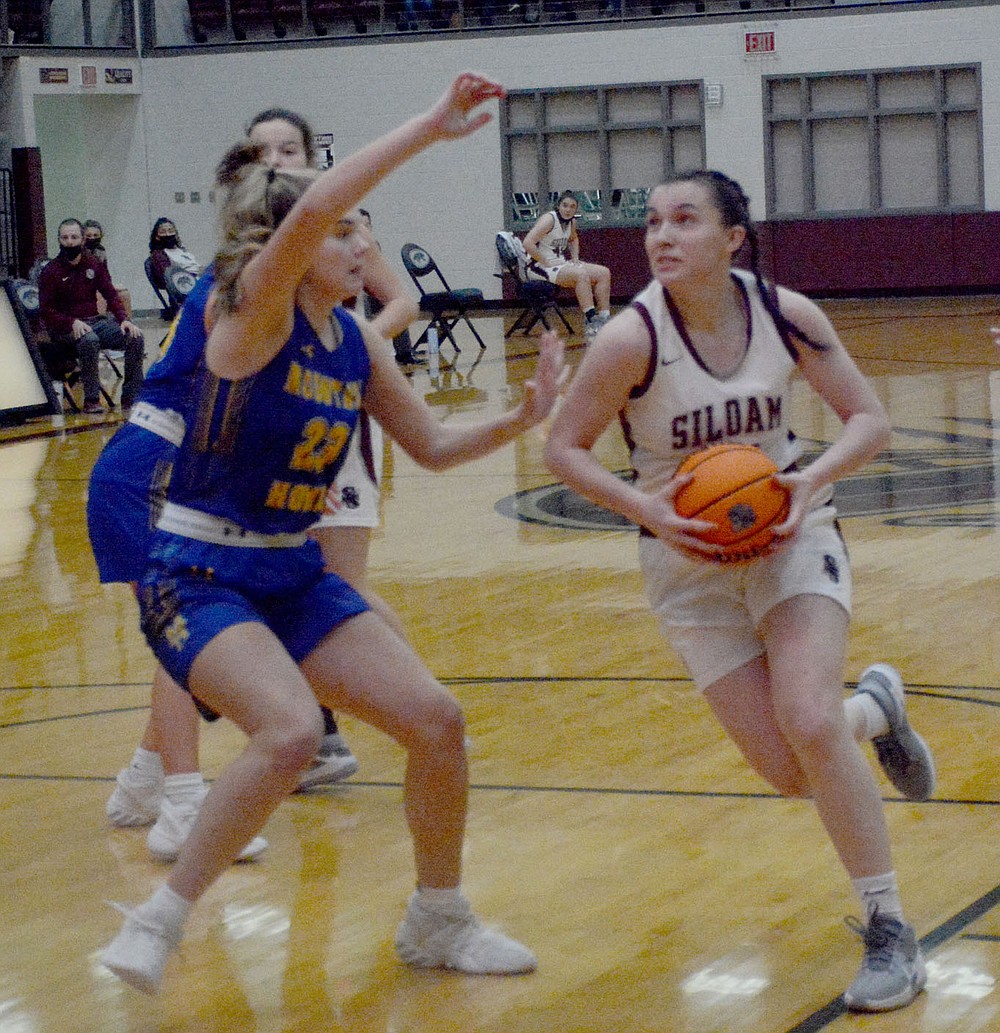