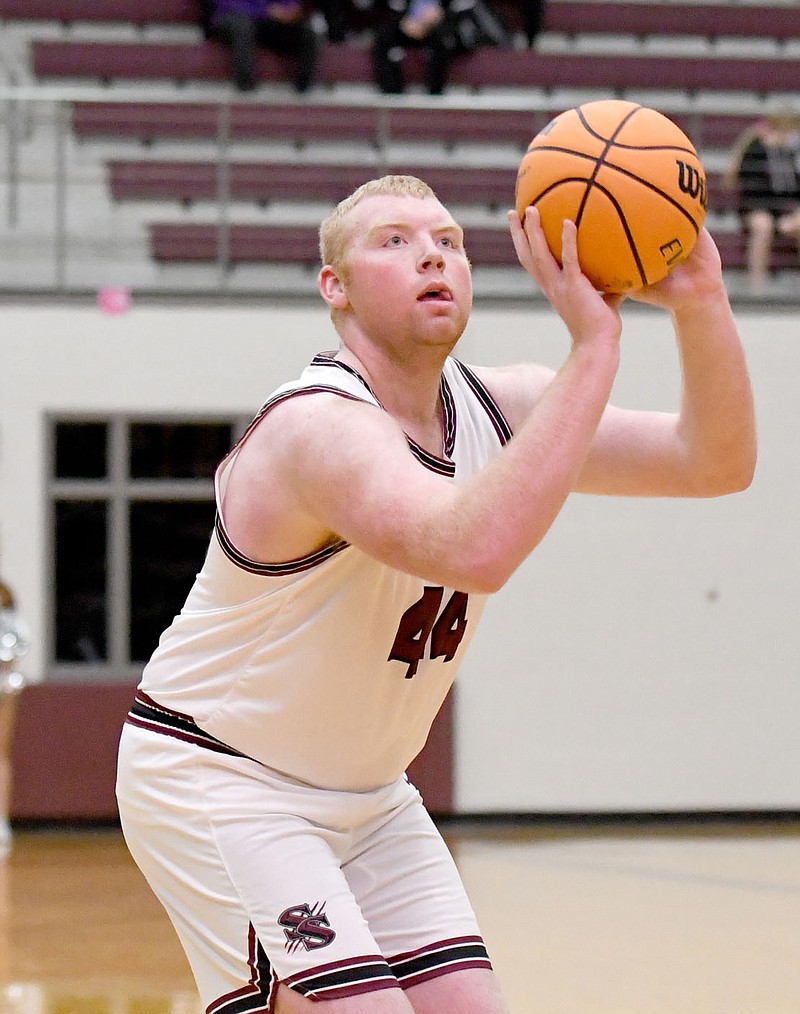 Bud Sullins/Special to the Herald-Leader Siloam Springs senior Jackson Ford lines up a free throw in a game earlier this season. Ford and the Panthers are scheduled to play at Greenbrier on Friday.

Ford -- a 6-foot-6 senior post for the Panthers -- is among the team leaders on offense, scoring 11.2 points per game, shooting 58 percent from the field, and averaging 5.7 rebounds through 13 games.

It's a much needed production in the paint for Siloam Springs, which has lacked size the last several years after enjoying all-state performers in forwards Payton Henson (2009-2013) and Kyle Snavely (2014-16).

"(Ford) was a guy his sophomore year and his freshman year we knew there was potential," said Siloam Springs assistant coach Chris Cameron. "We told Jackson that quite often. "We don't have many kids your size, with your wingspan that have your touch around the basket,' so there was potential there. "

Cameron -- who's coached the Panthers in their last five games with coach Tim Stewart out because of covid-19 protocols -- said the coaching staff challenged Ford to get his body in better condition and to improve his skill set around the basket.

"To his credit, he's worked to improve in those areas," Cameron said. "He went from a potential project to a pretty good post guy. We're proud of him."

But there have been some obstacles along the way.

After contributing as a junior last season, averaging 3.4 points, Ford figured to be a bigger piece of the Panthers' puzzle in 2020-21.

Then the covid-19 pandemic hit and it wasn't especially kind to Ford, who wasn't able to go to a gym for several months.

He put on some weight during the break and has worked since then to get the extra pounds off.

"I had to put in a lot of work to get where I am now," said Ford. "Coming in I was totally out of shape and just had to keep working and working."

Ford said he weighed as much as 260 but would like to get down to a playing weight of about 240.

"So Jackson came back from the corona break with some challenges," Cameron said. "We talked about those early on. For a big guy those can be a little more challenging than a guard. But to his credit he's worked super hard. He's carried out everything we've asked of him on the court and in the weight room. We challenged Jackson on some dietary stuff and he's done a great job. He's slowly getting his body back. I still think the best is yet to come."

So far, Ford has held up physically, averaging nearly 23 minutes a game.

He's active on both ends of the floor and has even thrown down several dunks, including an alley-oop against Bentonville West on Dec. 30.

"It's a great feeling," Ford said. "Last year I didn't get many opportunities to do that. Now I get opportunities and I try to take them a lot."

Cameron said Ford has all kinds of tools at his disposal on the court.

"Jackson would probably shock a lot of people, he's an outstanding jumper," Cameron said. "So along with having touch and having a big frame, Jackson can jump really well. It's a credit to him and we've talked about this in the past, I think Jackson trap bar dead lifts 600 pounds. So he's a strong kid. He's gotten stronger over the years and that's correlated well. A guy that jumps that good with a big frame -- you don't see that very often."

Stewart, who was scheduled to return to the bench for Tuesday's game against Alma, said Ford's hands, long arms and athleticism enables him to be a dominant player in the 5A-West Conference.

"We look for him to be a vital piece of our success this season," Stewart said. "He has continued to improve and mature on and off the court. His maturity has led to him being able to handle the ups and downs that come with competitive athletics. Jackson is an emotional player, highly competitive and this year he is able to control that emotion, which has led to him being a more consistent player for us. He continues to work hard and improve and we know he is going to finish his senior campaign strong."

Ford hopes to get an opportunity to play in college somewhere. Being labeled as a big guy often feels like he has a target on his back, but he tries to use a simple approach.

"I just think about playing hard all the time," he said. "That's what I think about -- just move on to the next play and try and get a stop." 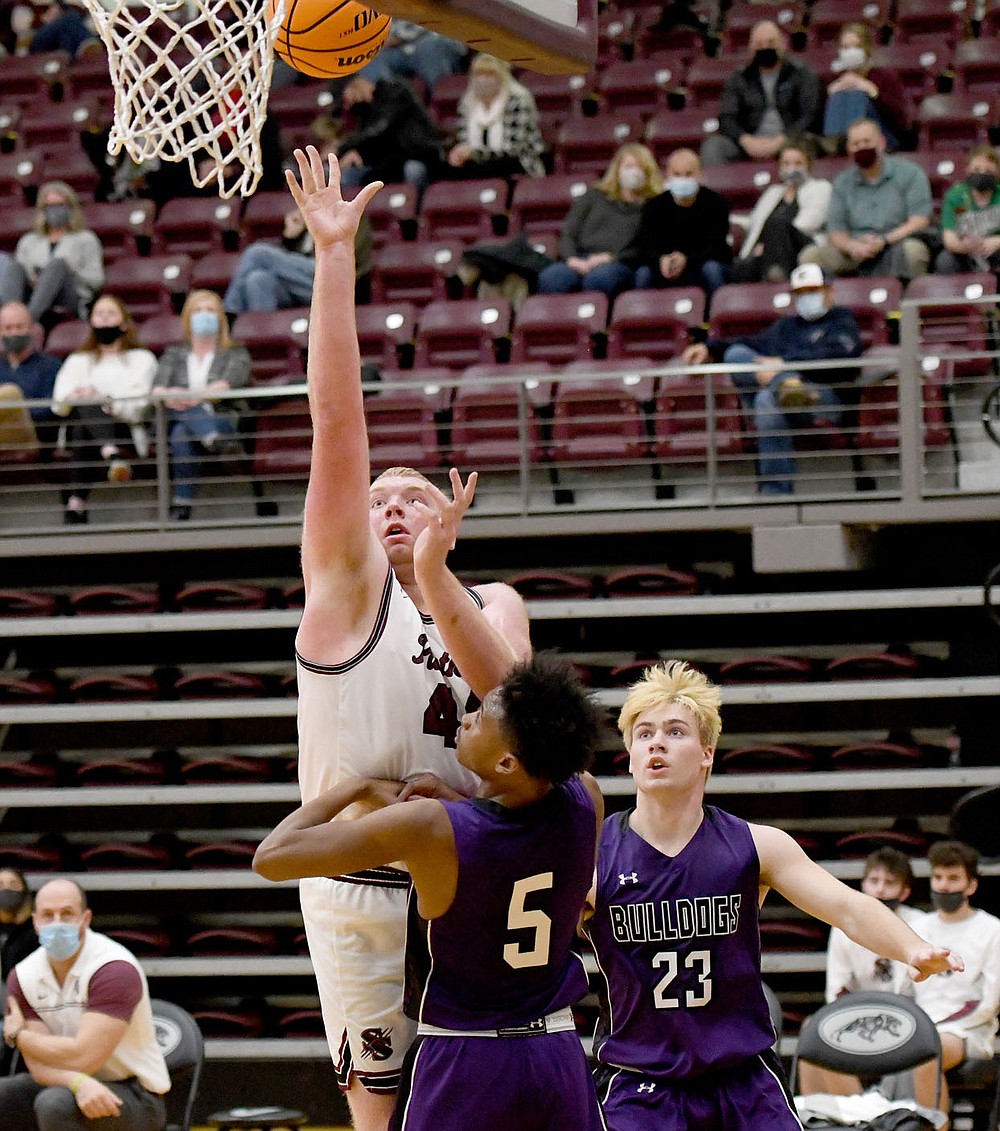 Bud Sullins/Special to the Herald-Leader Siloam Springs senior Jackson Ford goes up for a shot Dec. 15 against Fayetteville.
More News