Panthers jump back into action 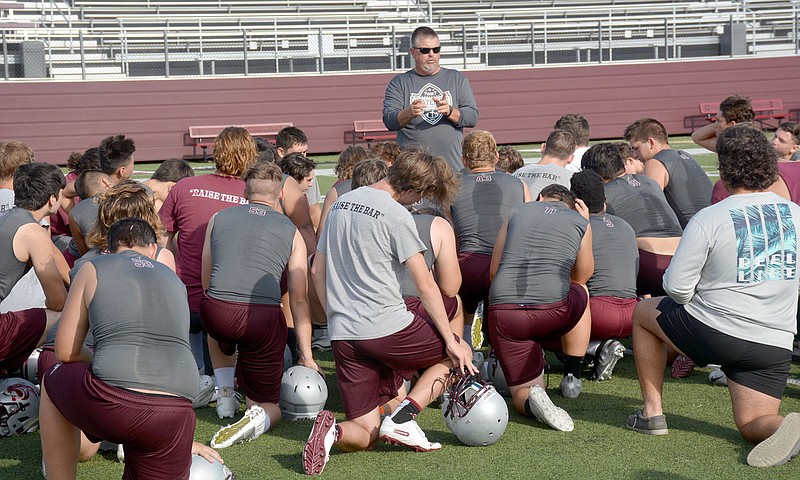 The Siloam Springs football team returned from the Arkansas Activities Association dead period this last week and immediately jumped back into a competitive environment.

The Panthers participated in a two-day team camp at Bentonville West in Centerton on Tuesday and Wednesday after a total of 17 days off.

On the first day of the camp, the Panthers competed against Pea Ridge and host Bentonville West. On the second day, Farmington and Fort Smith Northside joined as well.

Panthers head coach Brandon Craig said the first day was "low key" but the additional teams on the second day seemed to give all participating an added boost.

"The competition level definitely jumped and everybody's energy went up," he said, "and I thought our kids really responded well and played hard on both sides of the ball."

"We were missing about 15 to 16 kids that should have been there," he said. "We're real thin in some spots and we had to move some kids around. The dead period is rough on us because we lose kids after the dead period. It's a tough deal for us. We did the best we could. We had some kids jump in some spots to help us out and they really did a good job."

Craig said the coaches were going to break down the film from the week's camps and competitions and have them ready for the players to watch over the weekend. Craig challenged the team about watching film, taking notes and learning from it.

"We're going to take all the film that we have," he said. "We're going to clip it up and share it with our players. When I talked to them (Thursday), we stressed to them that they need to watch film as well. They need to take notes. They need to understand what their role is and make sure they're performing their job every play. I want them to be speaking the same language that their coaches are speaking to them so we're all on the same page."

Craig said the Panthers continue to preach accountability to the players during the offseason.

"Our theme is just to 'count on me,'" he said. "The biggest thing in our program that we struggle with is accountability. We had 73 kids at the end of spring. We have three that are MIA. We have four or five that have quit. We have kids that don't show up in the summer. Our theme is to try and teach these kids to be accountable, not just to the adults, but to each other so they can build that team chemistry and build that team bond. That's how you go forward as a team and create that overall culture that you want to be successful."

Craig said both the players and coaches had a nice break with the dead period.

"We were gone for 17 days, so everybody should have had a good break," he said. "Seventeen days is a long time in the football world. For me it's a little bit too long, but that's our rules and that's what we have to abide by. Our kids, we have kids that work jobs and do a bunch of stuff. Football's not always at the top of their list, so it's tough to come back afterward and keep them all focused during that time period.

"I think every coach got away for a little while and did something with his family. I think that's probably the biggest benefit of the dead period is coaches get to get away from their job and go be with their families and go have a little normal life time."

Beginning Monday, the Panthers have two weeks left of summer offseason program before the start of fall camp on Aug. 3. The season opener is at Rogers High on Aug. 27.

"I say it every year, it just goes by faster and faster," Craig said. "We're already at the point where we're down to two weeks of summer workouts left. That's eight workouts for us. Going into the fall, starting Aug. 3, we're cranking it up full tilt and getting ready for Rogers." 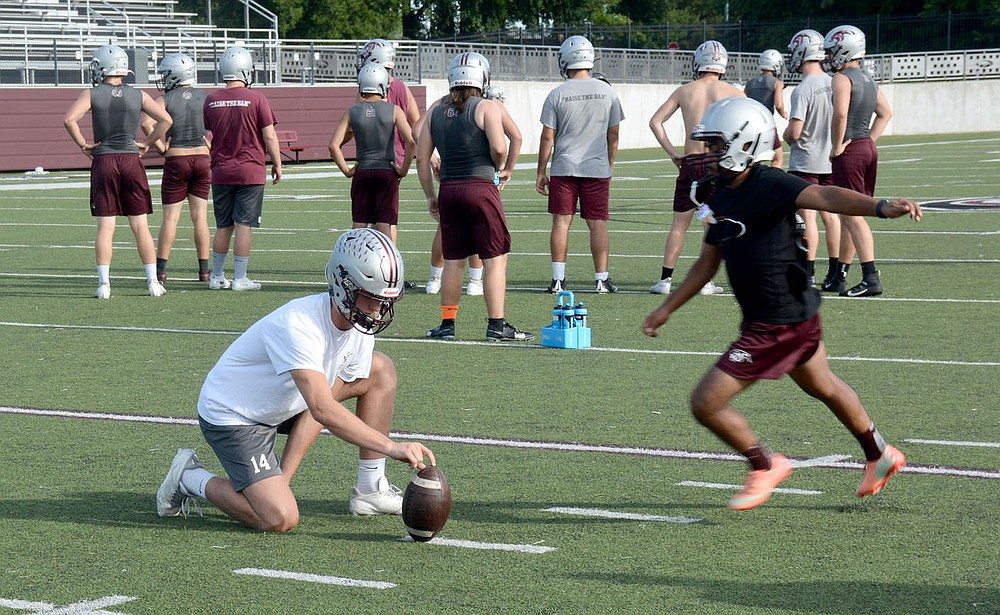