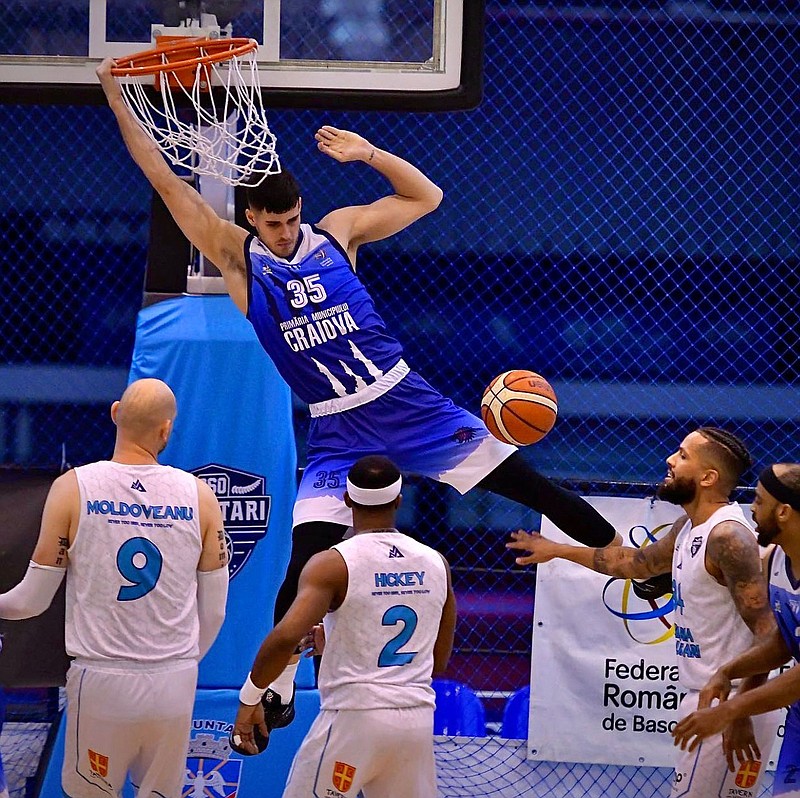 Payton Henson is returning to Europe for his fourth season of professional basketball.

Henson -- the all-time leading scorer for Siloam Springs boys basketball -- announced Friday on social media that he had signed for the 2021-22 season with Belgium club Belfius Mons-Hainaut.

"We look forward to the arrival of Henson in our workforce!" the club posted on Facebook.

"I'm excited to be joining a club that has had a lot of success recently," Henson said. "The Belgium and Netherlands are combining their leagues next season to create the BNXT league, so I will be competing in that as well as the Basketball Champions League, which is a European competition, so I'll be competing against teams from other countries."

The 6-foot-8 Henson, 26, spent this past season (2020-21) playing SCM CSU Craiova in Romania, where he averaged 12.2 points, 4.4 rebounds and 1.2 steals per game. SCM CSU Craiova finished 18-8 in the Romania-Liga Nationala, losing in the postseason quarterfinals.

"I would have liked to finish the season better personally and as a team," Henson said. "But overall, I thought the team and I had a solid year."

Henson spent the 2019-20 season in Poland before the season was cut short by the covid-19 pandmeic. In 2018-19 he played in the Netherlands after graduating from the University of Vermont, where he played his final two seasons of college basketball.

Henson helped Vermont reach the NCAA Tournament during his junior season in 2016-17.

Henson and Vermont had a solid season in 2017-18 as well, as the Catamounts finished 27-8 overall. Henson averaged 12.3 points and 5.5 rebounds per game. The Catamounts fell just short of their goal of reaching the NCAA Tournament, as they lost to the University of Maryland-Baltimore County in the American East Conference Tournament finals.

Henson was a four-year starter at Siloam Springs from 2009 to 2013 and an all-state standout in his final three seasons.

He scored 2,239 career points, the most in SSHS history. He was the 2012 Player of the Year for Schools 5A and Below as a junior, and after Siloam Springs moved up to Class 6A, the Large School Player of the Year as a senior in 2013 when he averaged 26.4 points per game.

Henson said he'll leave for Belgium the first week of August. He said his team's first game is Sept. 13, he said.