New coach has passion for tennis 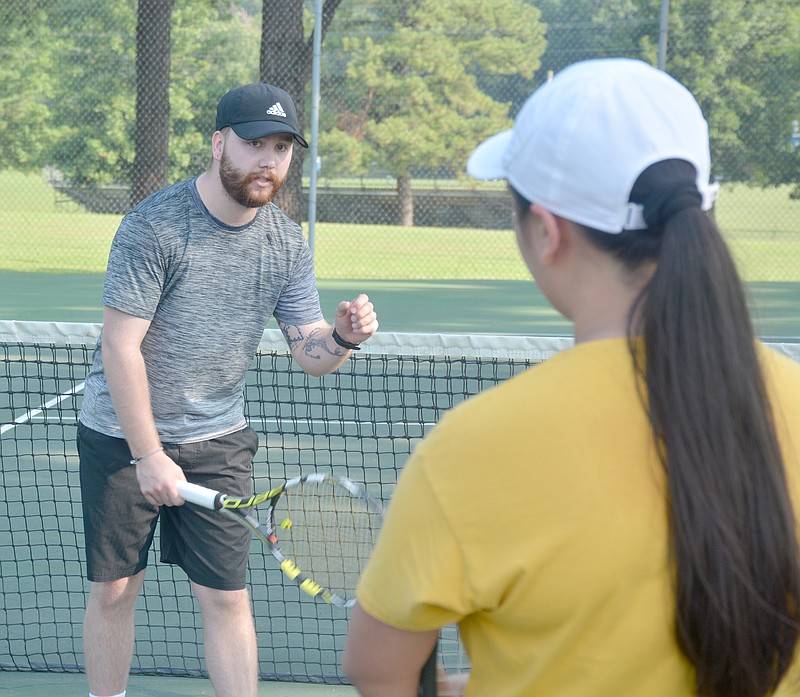 Taylor, a Fayetteville native, started playing tennis at an early age, played four years at Fayetteville High and is now in charge of the Siloam Springs tennis program.

This school year will be his third year teaching in the Siloam Springs School District but his first as a coach.

Taylor said he loves tennis and the life lessons and perspectives the sport can offer.

"I think some of the things I enjoy most about tennis is it's a lifelong sport," Taylor said. "You've got 80-year old men and women still playing in different leagues and clubs. You can play it your whole life. I really enjoy the individuality of it. If you don't play doubles, which I was a singles player most of my high school career, you just rely on yourself and I like that individuality and being on your own side of the court and doing your own thing. It taught me a lot of great skills. Hand-eye coordination is obviously really important with tennis. It keeps you really fit. It's a great sport."

Taylor takes over for the tennis program for Scott Wright, who was tennis coach for 10 seasons and will remain in the district as a teacher.

Taylor will be assisted by volunteer Kelly Junkermann, who has helped the Siloam Springs tennis program the last several years.

"It's great. I can't be thankful enough to have someone out here to give me a little bit of insight into coaching because I've never coached," Taylor said. "I've only ever been a player, so to learn from him, it's great to have someone else out here who knows the sport, that's hitting with the kids, coaching the kids. Working together is always easier than working one on one."

Junkermann is happy to have Taylor with the program.

"You know what's great with coach is if he shaves his beard he almost looks like he could play on the team," Junkermann joked. "So it's good to have a good, young coach. Coach can also hit with some of our top players because he's a player, which really helps out.

"He's embraced the fact that we work together and make it a team effort, which is really nice. Scott did as well. That makes it way more harmonious. And because he's played competitive tennis he knows the sport, which is a huge plus."

Taylor attended college at the University of Arkansas, where he got his bachelor's and master's degrees. He got his first teaching job in Siloam Springs in the special education department, where he co-teaches English and social studies.

Though he's only been involved with the tennis program a few weeks, he's already been impressed.

"They've shown a strong work ethic, not just the seniors," Taylor said. "Around here they're working hard. It's going to take an adjustment getting used to the new coach, just like its an adjustment for me, adjusting to coaching. Hopefully we'll get the kinks worked out and have a strong season." 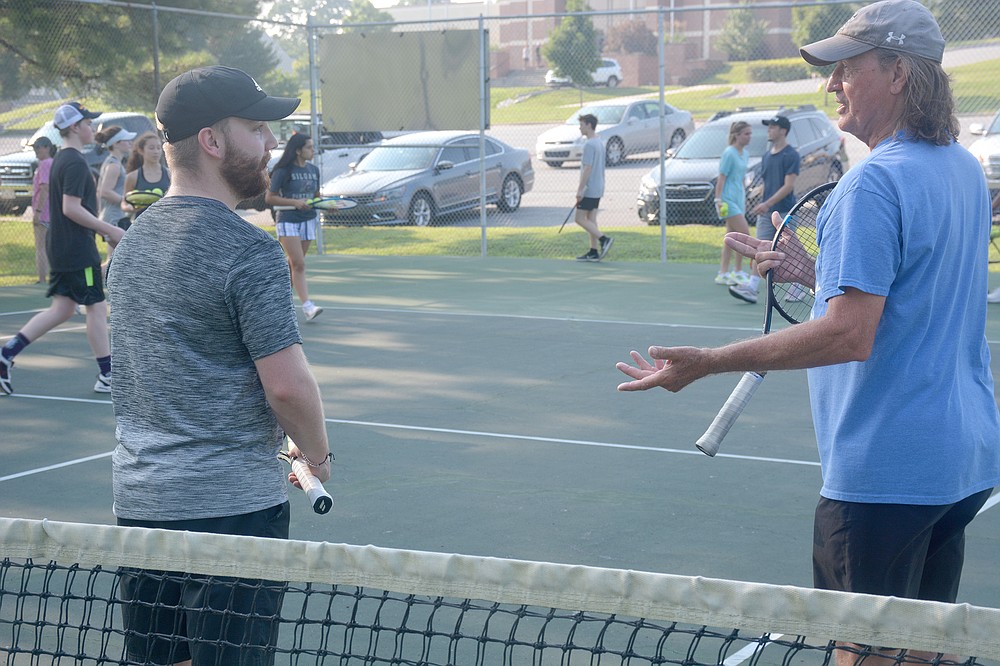