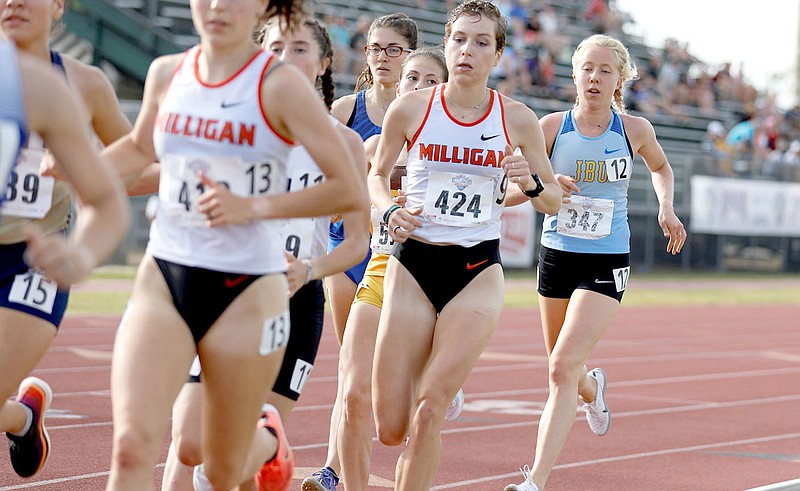 GULF SHORES, Ala. -- In the finals of the 5,000-meter run, John Brown University junior Allika Pearson concluded her season with an 11th place showing, competing against the nation's top distance runners at the NAIA National Outdoor Track & Field Championships on Friday, May 28, inside Mickey Miller Blackwell Stadium at the Gulf Shores Sportsplex.

Pearson posted her third-fastest time of the season, crossing the finish line at 17 minutes, 57.76 seconds to close out the season. She finished just three places shy of an All-American finish -- 31 seconds behind Milligan's (Tenn.) Bekah Owen.

Pearson advanced to Friday's race after finishing with a top-six time in the first heat of the 5,000-meter run Thursday

The cross country All-American's time of 17:42.34 automatically qualified her for the final heat Friday.

Through the first 3,800 meters, Pearson ran away from the pack, enjoying a wide lead before strategically slowing her pace, saving her reserves for the finals tomorrow.

With a sixth-place finish in the first heat, the Siloam Springs native earned an automatic qualifier into the finals, which takes 16 participants – the top six from the two heats, and the next four fastest times, regardless of heat.

John Brown University sophomore Will Vail made some modern day program history as he competed with the nation's best long jumpers on Thursday afternoon at the NAIA National Championships, held at Mickey Miller Blackwell Stadium inside the Gulf Shores Sportsplex.

Competing as the program's first field competitor on the national stage since the program's reboot prior to the 2019-20 season, Vail entered the meet with the nation's No. 14 mark at 7.26 meters.

Bookended by a pair of fouls, Vail registered a 7.05 meter effort on his second jump, but was unable to qualify for the final round of jumps that took the top nine marks from the field of 26 participants. Vail finished 15th overall.

"Especially on his third attempt, Will produced a jump that would have easily landed him in the top five marks," head coach Scott Schochler said. "Looking forward to how Will improves even more for next year's national championships." 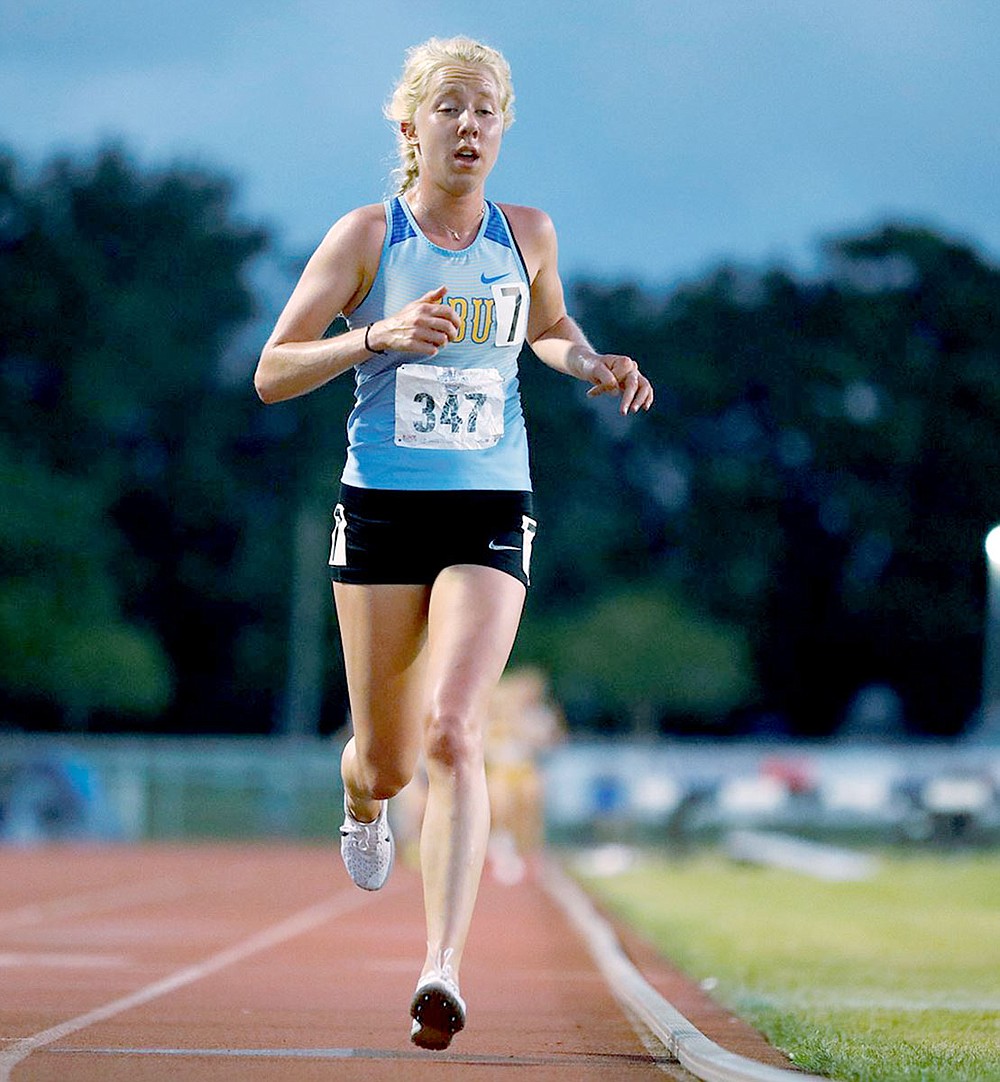 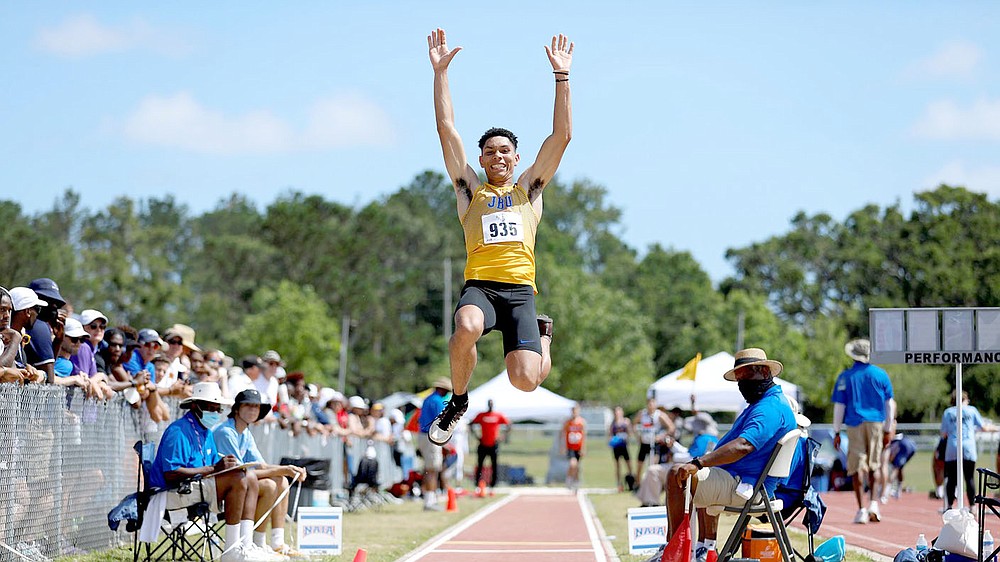 Photo courtesy of JBU Sports Information John Brown sophomore Will Vail competes in the long jump Thursday, May 27, at the NAIA National Championships held at Mickey Miller Blackwell Stadium inside the Gulf Shores Sportsplex in Gulf Shores, Ala.
ADVERTISEMENT