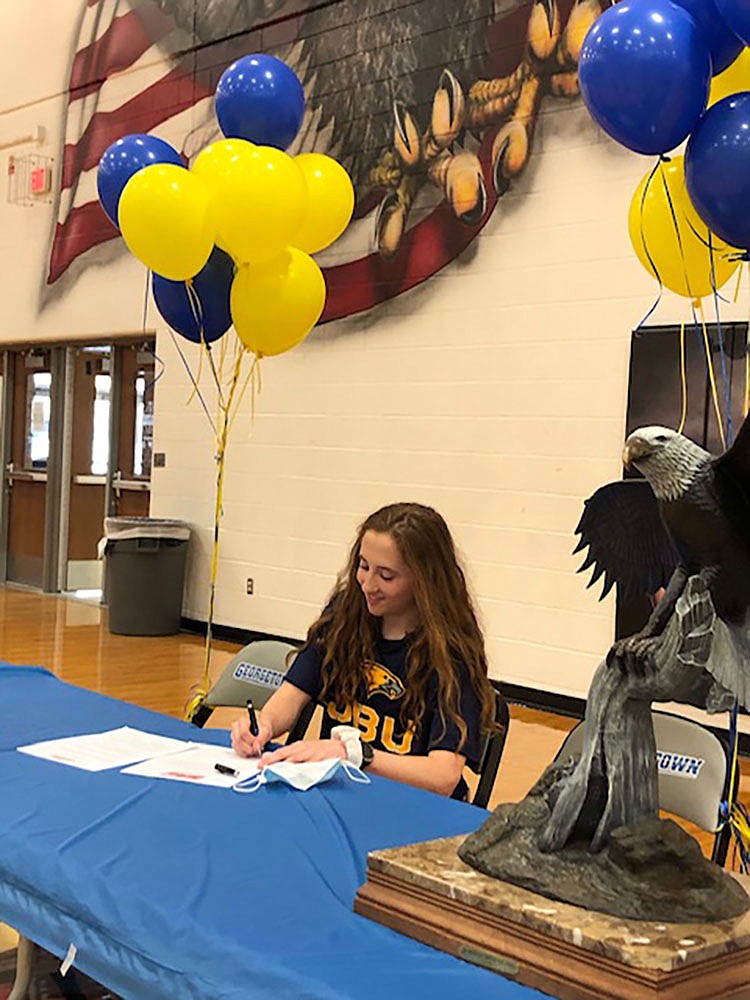 Harris was a three-year letter winner at Georgetown (Texas) High School under head coach Rhonda Farney. She was a team captain for two seasons.

The 5-foot-7 guard was selected to the Texas Association of Basketball Coaches' UIL 5A All-State team as a senior, capping off her career with 700 points and 82 career starts.

After earning the Eagles' Newcomer of the Year accolades, Harris earned back-to-back All-District and All-Region selections and appeared in consecutive All-Star contests.

She also landed on the Academic All-State team after directing her team to a 26-5 record and a Region IV finalist finish as a senior.

In her final season of prep play, Harris led the team by averaging 10.8 points per game and boasted a career single-game high of 21 points versus Waco La Vega High School.

"We are so excited that Graci will join the Golden Eagle family," said JBU head coach Jeff Soderquist. "She comes from an outstanding program at Georgetown High School under head coach Farney. She will fit right into the program as Graci is an outstanding three-point shooter, has a tremendous first step, and is a team player. Above all, we loved how hard she plays. The staff is so excited for the 2021-22 season and for Graci."

Harris joins a compliment of 12 underclassmen already on the JBU roster during the shortened 2020-21 season.

The Golden Eagles finished the season with a 5-6 overall record, including a 5-4 record in Sooner Athletic play.