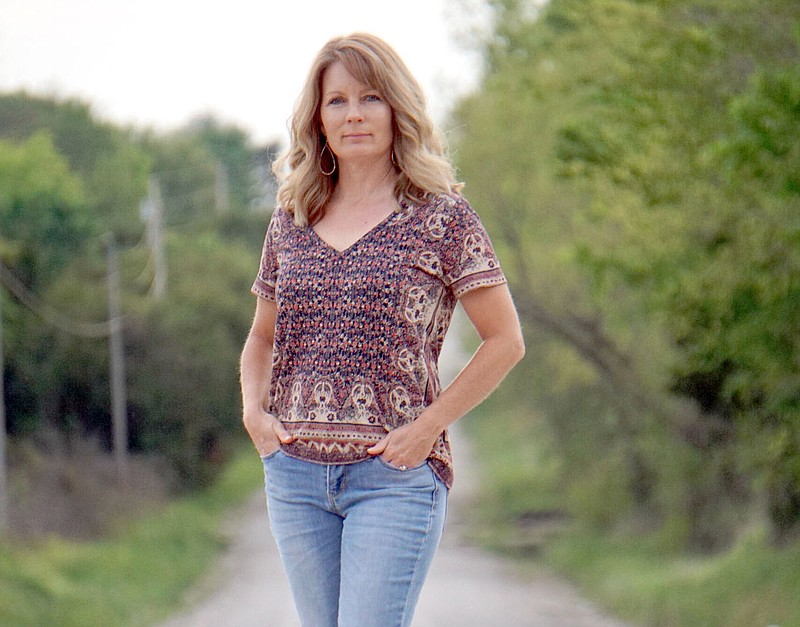 Photo submitted. Author portrait of Casie Bazay. Bazay's debut novel Not Our Summer has two characters who are from Siloam Springs.

SILOAM SPRINGS -- "Not Our Summer," a new book by author Casie Bazay is partially set in the Siloam Springs area.

Bazay used Siloam Springs as the home of Becka Cowles, one of the lead characters of the book, as well as her grandfather, Eli Walker, whose will states that Becka and her estranged cousin KJ Walker from Colcord, Okla., must visit several places around the nation during their summer vacation in order to claim their inheritance, Bazay said.

The author said not only are the two characters from Siloam Springs, but also set certain scenes in the book are set there. Bazay said she used the restaurants Cathy's Corner and Pour Jons as the setting for scenes in the book.

Bazay has lived in northeastern Oklahoma all of her life so she had driven through Siloam Springs many times, she said. In 2020, Bazay stopped in Siloam Springs to scout locations for "Not Our Summer," she said. The author said she went to Pour Jons and the area around it.

Due to the coronavirus pandemic, the lobby of Pour Jons was closed to the public, but Bazay said she got her coffee at the window and went to Twin Springs Park to drink her beverage. Bazay did not get to visit Cathy's Corner but did look up the menu and tried to describe the restaurant accurately, she said.

Along with Pour Jons, Bazay went to look at the high school and also traveled to Colcord to get a feel for that town.

"I wanted to see the distance between the towns," said Bazay, who is from Porter, Okla.

Bazay used to be an English teacher but decided to become a stay at home mother in 2010, she said. When Bazay made the decision to stay home she began doing freelance work focusing on horses, she said.

Despite devoting a lot of her time to her books, Bazay still freelances and speaks about horse healthcare as well as balancing writing and motherhood and creative writing for teens, according to casiebazay.com.

"Not Our Summer" is Bazay's first published novel, but not the first she has written, Bazay said. The author began submitting books to different agents, she said. When she ran out of agents to submit one book to, she would start at the top of the list with another book. Eventually she found an agent and publisher willing to take on "Not Our Summer," she said.

The book was released May 11 and was number one on the Oklahoma bestsellers list, Bazay said. The list was published in The Oklahoman on May 23 and is based on the total number of book sales at Best Books in Edmond, Okla.; Brace Books and More in Ponca City, Okla.; Full Circle Bookstore in Oklahoma City; and Magic City Books in Tulsa, Okla., the list states.

On June 26, Bazay will be the keynote speaker at a conference for Young Adult novelists at Bookish in Fort Smith, she said. While she is not scheduled for any signings in the area, Bazay said she would love to have a signing in Siloam Springs.

"I hope that this book would be one to inspire young adults to keep reading," Bazay said.