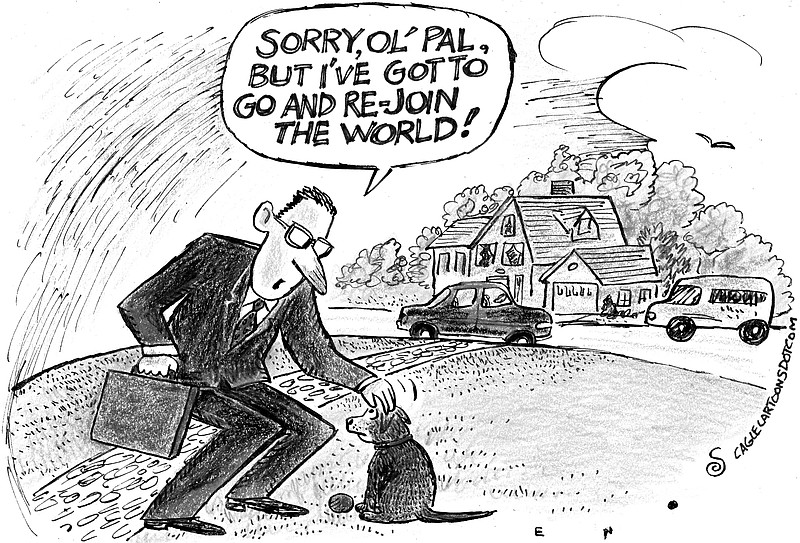 Our alarm clock went off way too early on July 13, 2018. On a long-dreamed-of family trip to Europe, we'd already packed in as much sightseeing as we could, but July 13 promised to be the longest day.

My wife and I took our teenage boys overseas to see that the world is an incredible place, that as much as we love Northwest Arkansas, there are amazing sights, people, stories, experiences and cultures around the globe.

We were in Paris for just a few days. On a Saturday, we sat on a blanket in a park alongside thousands of Parisians who watched fireworks over the Eiffel Tower marking Fête nationale -- known also as Bastille Day.

The following day, the city pulsed with anticipation of the World Cup championship match between the French team and Croatia, then became a ghost town for the duration of the match. Once France won, it was as if a French version of the Pied Piper walked through town drawing people from their buildings to march in giddy celebration to either the Eiffel Tower or, our eventual destination, the Champs-Élysées and the Arc de Triomphe. It was an experience my family will never forget.

One of my goals for a visit to France required us on the preceding Friday to wake in the wee hours of the morning for a 2 1/2-hour train trip west to Bayeux. Our schedule would permit us only one day, but I felt it was vital that we visit the beaches of Normandy where 74 years earlier the Allied invasion known as Operation Overlord began the end of World War II.

Sunday marked the 77th anniversary of that daring and monumental military operation, known also as D-Day, that by early 1945 had liberated France from more than four years of German occupation.

It was an awesome and reverent experience to stand in the sand of Omaha Beach, along the English Channel where Germany's 352nd Infantry Division had set up its defenses against invasion. My sons, just a few years younger, I'm sure, than some of the soldiers who descended on those beaches and cliffs, stood inside the extensive concrete bunkers from which Nazi soldiers bombarded the Allied forces below.

We saw the rock outcropping at Pointe du Hoc, where valiant Army Rangers had the seemingly impossible task of scaling 90-foot cliffs to take out German guns and soldiers and where, in 1984, President Reagan recalled that "Here, the Allies stood and fought against tyranny in a giant undertaking unparalleled in human history."

And at the American Cemetery, we walked quietly among more than 9,300 graves, their stark white markers stretching out in tight, orderly formation in all directions. An inscription inside one of the solemn structures decorating the cemetery urges visitors to "Think not only upon their passing. Remember the glory of their spirit."

It was late that evening when the train returned us to our temporary home in Paris, but the long day had been everything I wanted, a day of remembrance for the bravery and dedication of the 156,000 Allied troops and recognition of their amazing achievements on June 6, 1944, and thereafter.

Now, I'm watching HBO's "Band of Brothers," which our guide in Normandy said offered perhaps the most realistic fictional portrayal of what the invasion and its aftermath was like.

"At the core, the American citizen soldiers knew the difference between right and wrong, and they didn't want to live in a world in which wrong prevailed," wrote author Stephen Ambrose. "So they fought, and won, and we, all of us, living and yet to be born, must be forever profoundly grateful."