Siloam Springs' football seniors feel the sense of urgency that comes with the first day of summer workouts.

More than 50 players showed up for the first day of Panther Pride on Monday morning. The Panthers did weight room work inside the fieldhouse before moving over to Panther Stadium for football drills and conditioning.

The players appear to have bought in for the most part, but they're still pushing for more kids to show up to workouts.

"I mean obviously you need a lot of guys to win football games, especially in this league," said senior quarterback Hunter Talley. "You want to be 60 to 70 deep going into the season. We're not there yet, but we're working to get as many guys here working as we can."

Senior offensive lineman Jace Sutulovich, who recently received another scholarship offer from Southern Arkansas, said competition at many positions is a big mark for the Panthers.

"I think something we've got going on this year more so than the last couple of years is competing for spots," said Sutulovich, who also has offers from New Mexico and Georgetown. "There's a lot more competition. We're not where we want to be as far as the amount of guys we have on the roster, but we're a lot better off than we have been last year or the year before that."

The Panthers are making an emphasis to limit the amount of players playing on both sides of the ball -- offense and defense.

"Nobody's going both ways a whole bunch," Sutulovich said. "We're two-deep in most spots. We're competing in everything so, I think what we're looking forward to this summer is guys showing up every day and go to work, trying to earn their spot, earn their place on the team every single day."

And it means even more for this year's upperclassmen, said senior tight end Brendan Lashley.

"It definitely takes a different perspective, especially since we're seniors," Lashley said. "It gives you the extra little boost to go harder and faster."

Craig liked what he saw on the first day of summer workouts.

"We have some really good kids coming back," Craig said. "Today was kind of a reflection of them because we have 10 leaders -- 10 groups of guys that are our leaders and they have kids underneath them that they are in charge of. We saw 50 plus kids here today, which in the summer is a pretty good start for us. Now the biggest thing is for us to be consistent and continue to come every day. We go four days a week Monday through Thursday. It's not that much to ask. We're talking an hour and 45 minutes or two hours of work that allows us to get them ready for what they're going to see next fall." 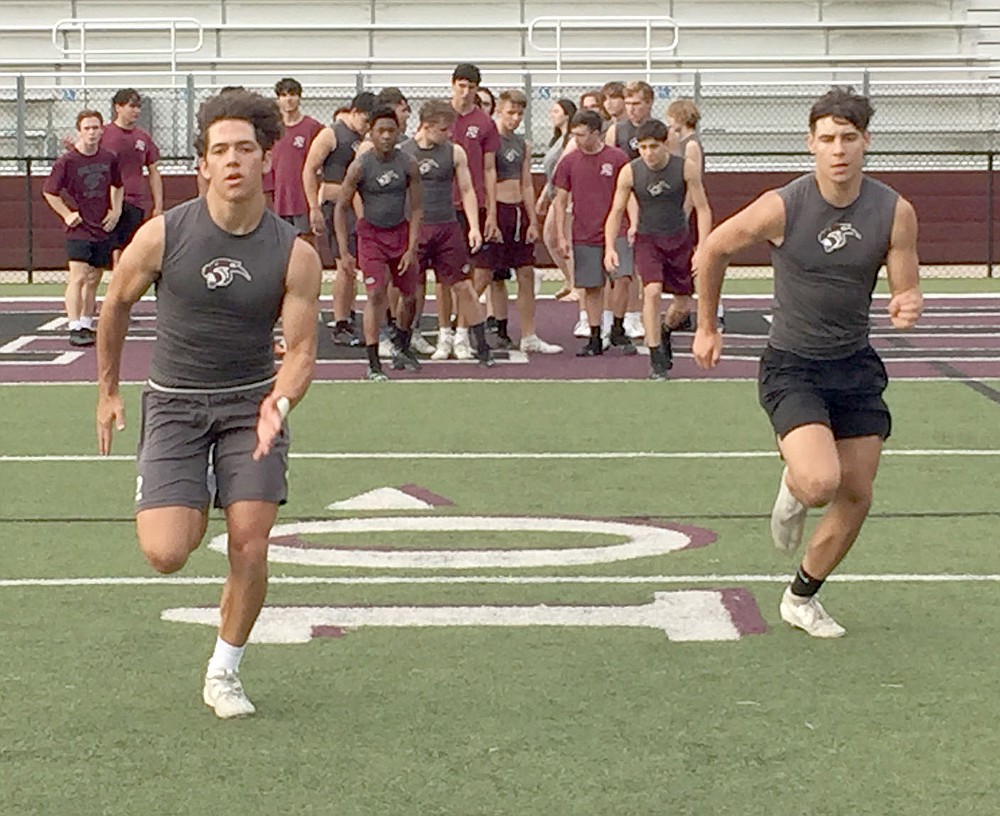