Marc Hayot/Siloam Sunday The Dogwood Trail at Bob Henry Park was flooded out due to excessive rain fall that came to Siloam Springs on Wednesday.

Heavy rains created major flooding issues in Siloam Springs along with power outages and road closures throughout the city on Wednesday.

The city received approximately 4.56 inches of rain on Wednesday, according to meteorologist Pete Snyder at the National Weather Service's office in Tulsa, Okla.

Siloam Springs firefighters responded to a call for a vehicle rescue at 9:03 a.m., according to Fire Chief Jeremey Criner. The vehicle was trapped by flooding at the east of the railroad bridge on East Main Street, which required a water rescue, said Deputy Fire Chief John Vanatta.

There were also several incidents of flooding in homes where the water was low enough that the homeowners chose to remain in their dwellings, Vanatta said.

In Watts, Okla., a truck became trapped in the rising waters at noon at the Illinois River bridge, according to Jake Johnson, the assistant fire chief for the Westville (Okla.) Fire Department.

"We had received a call that there was a truck that was in the water and it was occupied by one (person)," Johnson said. "When we arrived on scene we found out there were two occupants."

Camp Siloam experienced damage due to the flooding, according to Executive Director Jason Wilkie.

"This was a massive rain storm," Wilkie said. "The water came up faster than I have ever seen it rise."

Most of the damage was to bridges and roads in the camp, but one structure -- the camp's worship center -- did receive some damage. The main damage occurred in one of the conference rooms in the east side of the building, Wilkie said. Damage included the carpeting on the floor and the drywall, Wilkie said.

There was flooding in the main sanctuary, but the floor was constructed with concrete and the pews were built on metal footings so there was no damage there, Wilkie said.

The camp's executive director estimated the damages to the worship center came to approximately $5,000 to $7,000 and the roads and bridges would cost approximately $13,000. The total amount of damage was estimated to be $20,000, Wilkie said.

There was a loss of power that occurred at approximately 9:30 a.m. on the east side of town, according to Communications Manager Holland Hayden.

The power outage was due to a switch that was underwater, Hayden said. Affected businesses and offices included the Arkansas State Revenue Office; the county assessor's and clerk's offices; the high school; Lowe's and Walmart, Hayden said.

Power was out for less than an hour, and the switch was raised three feet higher to prevent this from happening again, Hayden said.

Due to the amount of flooding in the parking lot and power outages, the Arkansas State Revenue office closed at 9:45 a.m. on Wednesday and remained closed for the rest of the day according to Scott Hardin, the director of communications for the Arkansas Department of Finance and Administration. The revenue office reopened at 8 a.m. the following day for business, Hardin said.

Despite not having power, the high school did not close, according to Assistant Superintendent Shane Patrick.

"We did have a couple of buses alter their routes, but all students were able to be picked up and taken home," Patrick said. 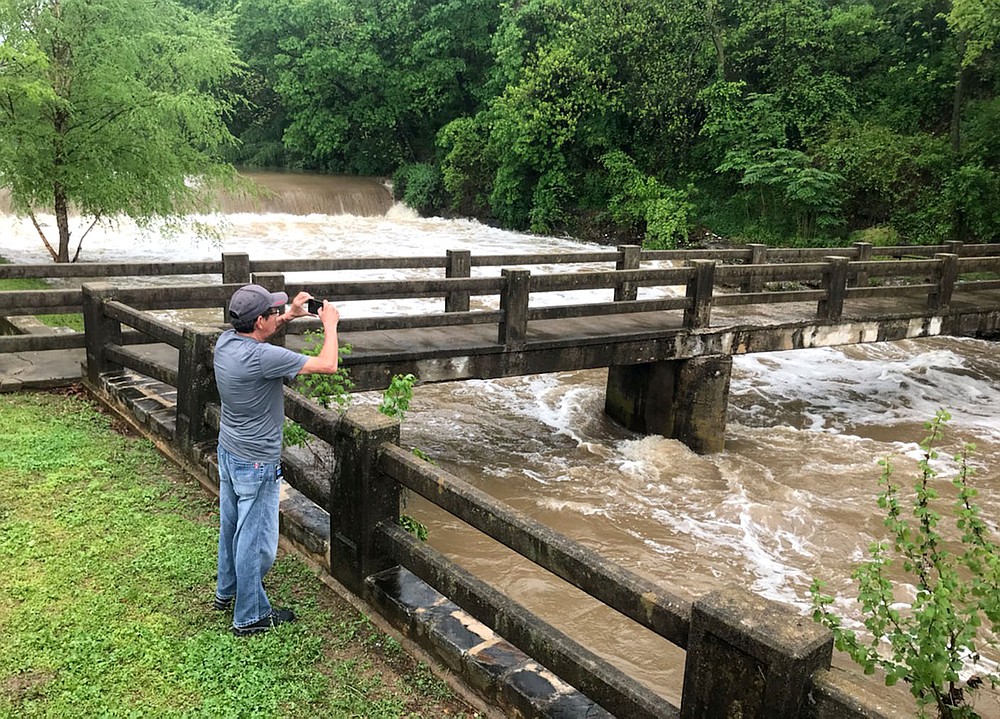 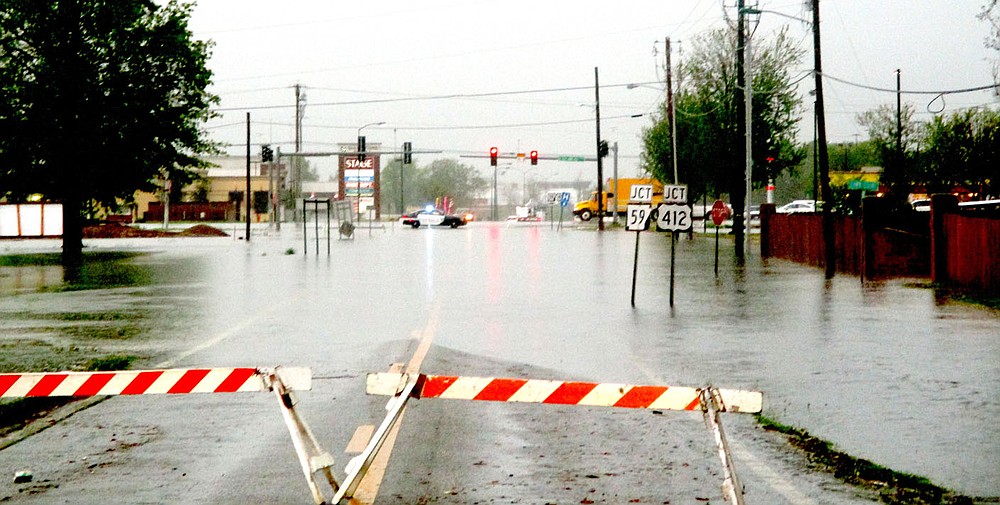 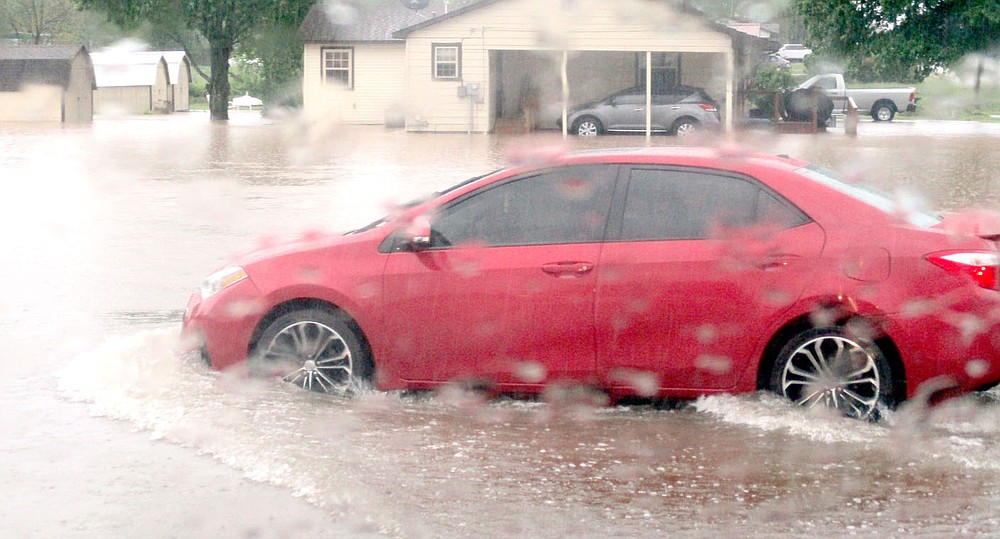 Marc Hayot/Siloam Sunday A car navigates the flooded parking lot of the county and state offices on South Lincoln Street on Wednesday. The flooding was caused by excessive rain that came to Siloam Springs that day.
ADVERTISEMENT