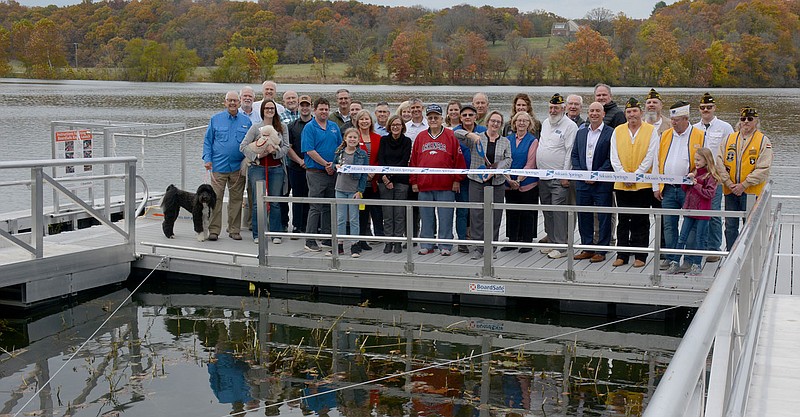 Graham Thomas/Siloam Sunday Donors, members of the Siloam Springs City Board and other invited guests watch as Siloam Springs Mayor Judy Nation cuts the ribbon during a ribbon cutting ceremony on Wednesday at the ADA Accessible Fishing Pier and Kayak Launch at City Lake Park.

Mayor Judy Nation welcomed attendees during a brief ceremony, in which she thanked several individuals, including citizen Bob Hollaway who was instrumental in bringing the idea to the city board's attention, and many sponsors who are listed on a sign at the launch site.

"The park is a better place because of it," Nation said.

"His research convinced the board," Allen said of Patterson.

Visual signs at the site also give instructions on how to properly use the facility.

The facility was designed and built for people with disabilities, according to a sign at the launch site.

All visitors are welcome to utilize the facility, however, priority is to be given to people with disabilities, the sign says.

The total cost of the facility was $126,690, according to Holland Hayden, city communication manager. The amount of donations received was $53,250, Hayden said.

For more information about the facility or for issues related to the use of the facility, call Parks and Recreation at 479-524-5779 during normal business hours. After hours, call the Police Department non-emergency line at 479-524-4118. 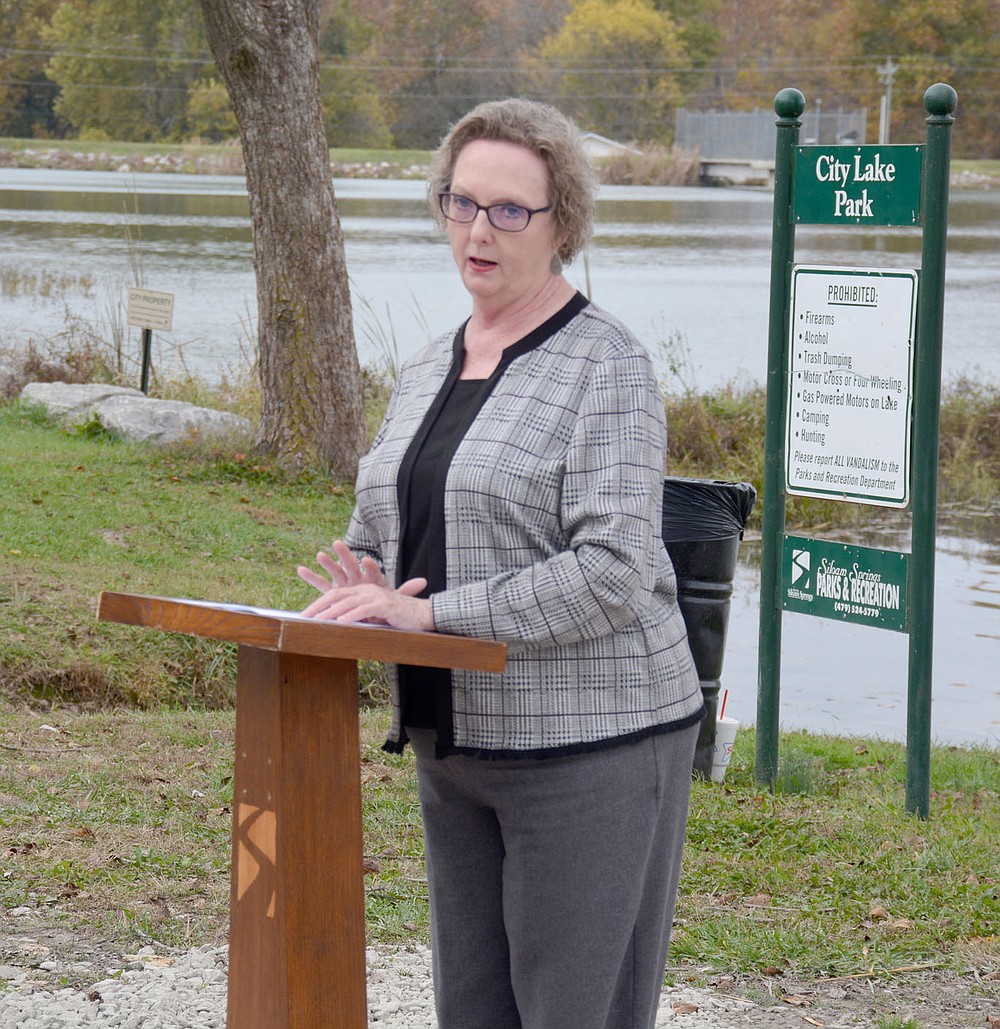 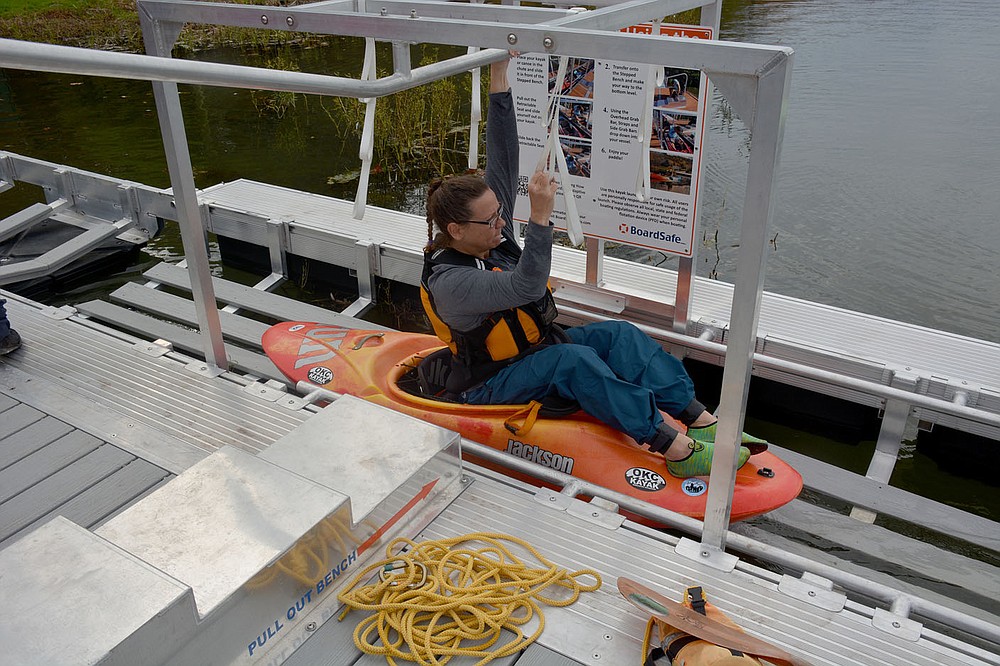 Graham Thomas/Siloam Sunday Debbie Lacy of the Arkansas Canoe Club performs a demonstration on how to use the facilities at the ADA Accessible Fishing Pier and Kayak Launch at City Lake Park during a ribbon cutting ceremony on Wednesday.
ADVERTISEMENT