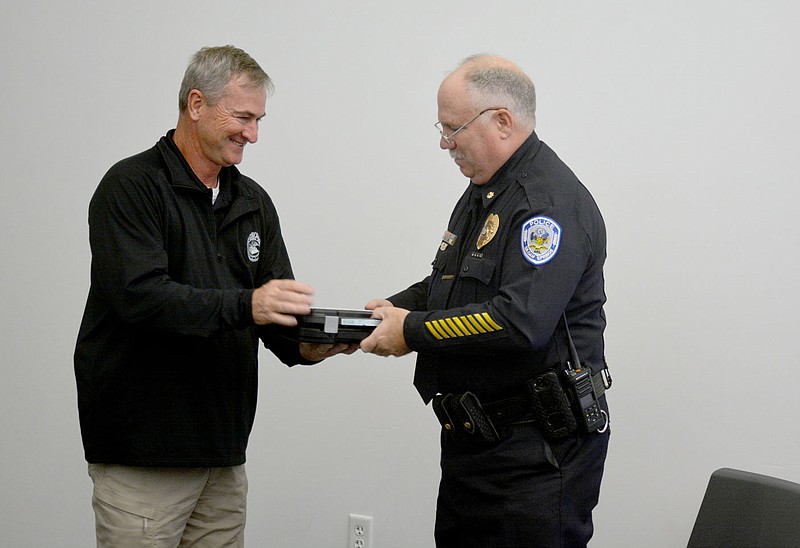 Deputy Police Chief Geoff Lewis retired from the Siloam Springs Police Department on Friday after a career of almost 40 years in law enforcement.

Lewis served with SSPD for 14-and-a-half years beginning in June 2007, Lewis said. Lewis did not talk about his childhood, but he did say that while he didn't know he would be a police officer he did want to be a part of something larger than himself.

"I think I've always had an internal calling for service," Lewis said.

He spent almost 21 years in the Marine Corps, Lewis said. Starting out as a military policeman in 1982, Lewis would work his way up to other positions including special reaction team leader; accident investigation chief; operations chief; and criminal investigation division chief, he said.

After Lewis left the service, he would go on to serve as a civilian contractor with the Department of Justice (DOJ) International Criminal Investigative Training Assistance Program (ICITAP) from 2004-2005, he said. A year later, Lewis was writing and training on lessons learned in Iraq for the U.S. Innovative Emergency Management, he said.

In June 2007, Lewis was hired as the captain for the SSPD's Criminal Investigation Division (CID), he said. Six months later, he was promoted to deputy chief, Lewis said.

The biggest accomplishment Lewis felt he made was watching young officers grow and develop into senior officers, he said.

This fact was verified at arkchiefs.org.

"It's a good department across the board," Lewis said. "It's really been an honor and a privilege to work with the city."

Lewis called City Administrator Phillip Patterson an awesome guy and said because of a supportive city administrator and board SSPD has not experienced a lot of the issues that other police departments in larger cities have experienced.

Now retired, Lewis is looking forward to spending some time with family and do some leisurely travel for the first part of his retirement and then see what comes next, he said.

As a final thought, Lewis said he hopes the 3/8 percent sales tax becomes permanent so the SSPD could continue to grow and develop.

Lewis finally thanked the department and fellow officers for the support and dedication they give to the citizens of Siloam Springs every day.

"This is a great department and it has been an honor and a privilege to serve," Lewis said. 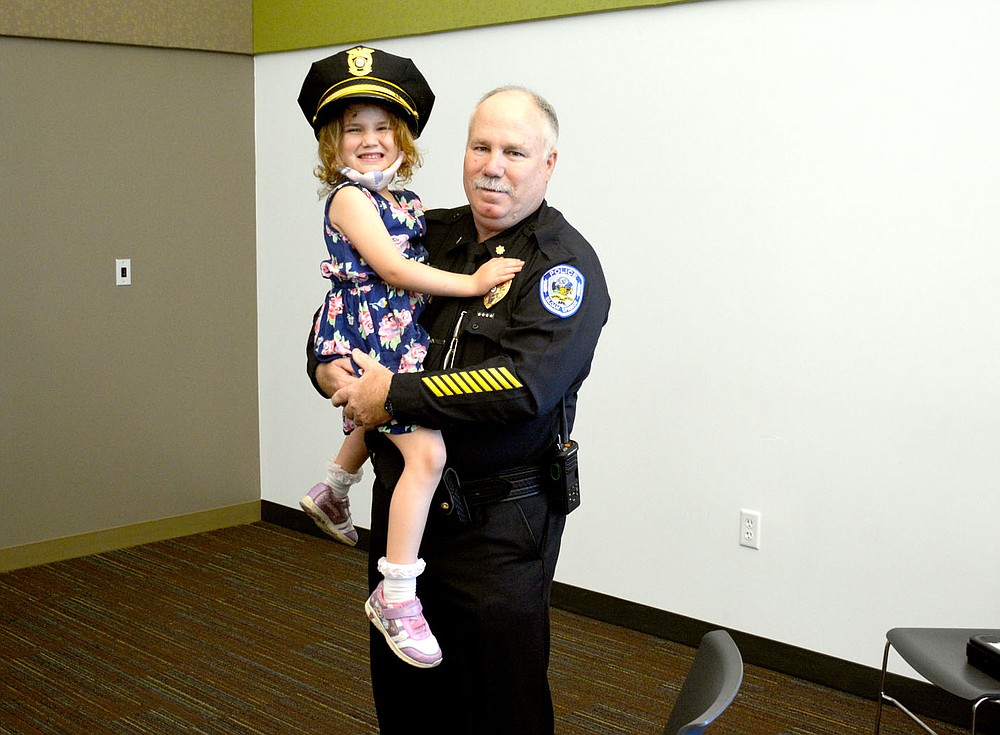