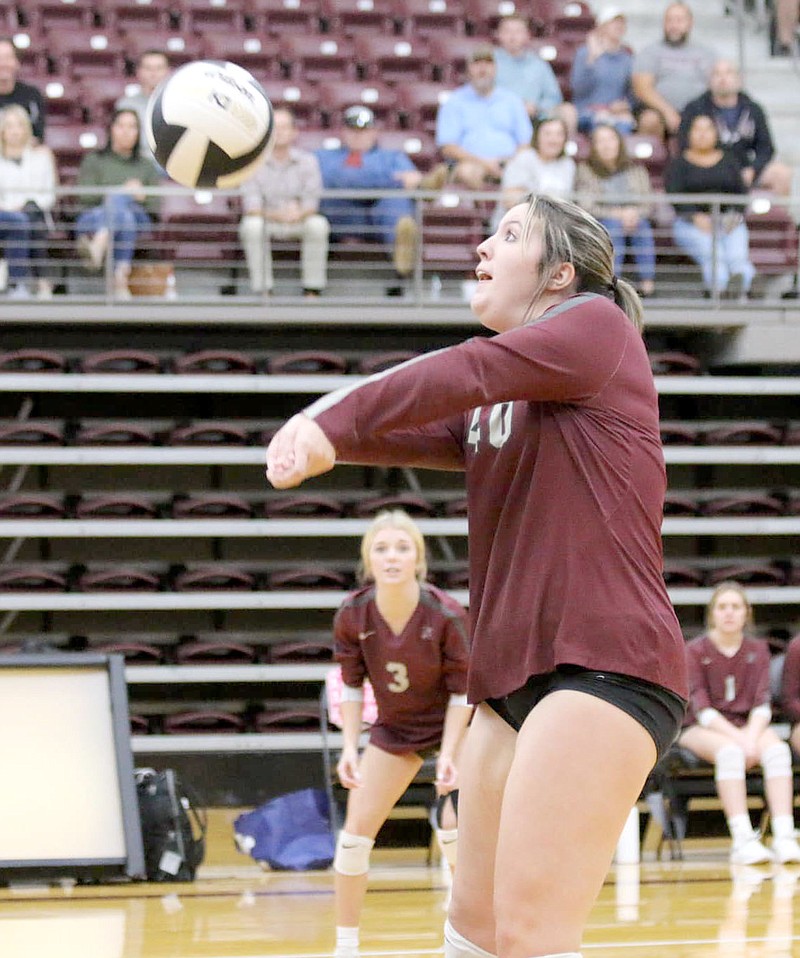 Siloam Springs gave its home crowd plenty to cheer about in Tuesday's match against Greenwood.

After battling Greenwood to a 25-20 loss in the first game, the Lady Panthers came up on the short end of a 30-28 score in the second game before the Lady Bulldogs completed the 3-0 sweep inside Panther Activity Center.

The second game loss saw Siloam Springs get down 7-3 early, only to battle back on several occasions, including from a 22-17 deficit late int he match.

Two straight aces from Jetta Broquard and a combo block from Regan Riley and Faith Ellis helped the Lady Panthers tie the match at 22.

With Greenwood leading 25-24, a block from Emma Norberg extended the match even more.

The Lady Panthers had game point on two occasions but were unable to capitalize. A hitting error into the net and a net violation gave Greenwood the win in set two.

Greenwood finished off the Lady Panthers with a 25-14 win in the third set.

"Give it to Siloam, they played really hard," said Greenwood coach Jennifer Golden.

The Lady Bulldogs improved to 16-8 overall and 10-1 in 5A-West Conference play.

Myia McCoy had 11 kills and 10 digs for Greenwood, while Landis Luke had 10 kills. Lillyanna Gigerich had 12 digs, while Rylie Holland had 10 digs and nine assists and Ashlyn Dungan nine digs and 13 assists.

Kelly and Broquard had two aces each with Ellis and Riley each contributing two block assists.

"They didn't get rattled," said head coach Joellen Wright. "Their mindset was right. It was good to see them believe and play with confidence."

Siloam Springs, which has been eliminated from postseason contention, is scheduled to wrap up its regular season this week with a road match at Van Buren on Tuesday and senior night against Vilonia at home on Thursday.