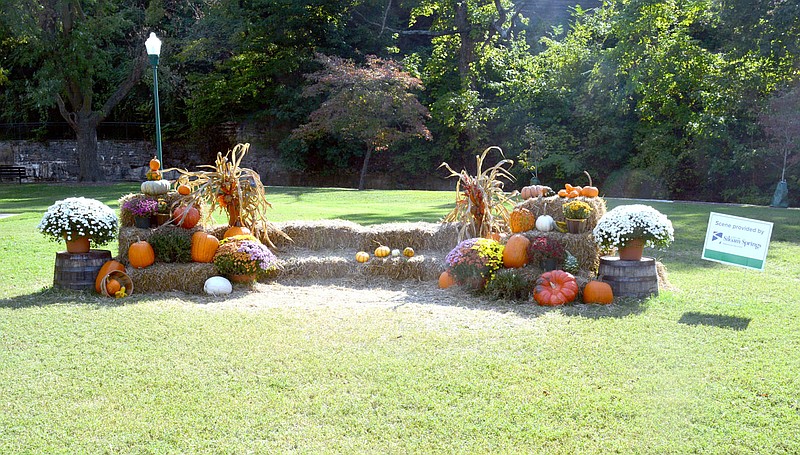 Parks and Recreation will hold different fall activities for the end of October.

This event will replace the mother/son dance this year, Davis said. The reason was the parks and recreation division had received several requests for it and mother/son bowling was done several years earlier.

"I wanted to try it to see how it goes," Davis said.

The event will be split into two sessions, one at 6:30 p.m. on Friday and the other at 10 a.m. on Saturday at Kingpins Bowling Alley and Arcade, Davis said.

If the event is liked as much or more as the mother/son dance, Davis thinks it would be a good avenue to take, she said.

The fall softball tournament will be held on Saturday at the La-Z-Boy Complex, Davis said. Starting time will depend on how many teams will be in the bracket, Davis said. The winning team will receive a trophy and t-shirts, Davis said.

Registration will be held until Wednesday, Davis said. The tournament will cost $175 per person to enter the tournament, according to the parks and recreation Facebook page.

Every October the state of Arkansas holds Keep Arkansas Beautiful, which does a lot of clean up, so Davis decided to hold Keep Siloam Springs Beautiful, which revolves around litter pick up at different parks and East Main Street, she said.

Keep Siloam Springs Beautiful will begin at 9 a.m. on Oct. 30 at Twin Springs Park, Davis said. Everyone will then split up into two groups: one will go collect litter on East Main Street all the way to Lincoln Street, she said.

The second group will proceed to Bob Henry Park to collect litter there, Davis said. When everyone is finished they will return to Twin Springs Park, Davis said.

Iddy Biddy Basketball will be held for four consecutive Saturdays ending on Nov. 20, Davis said. Registration is $35 per person and each child will receive a basketball and a t-shirt, Davis said.