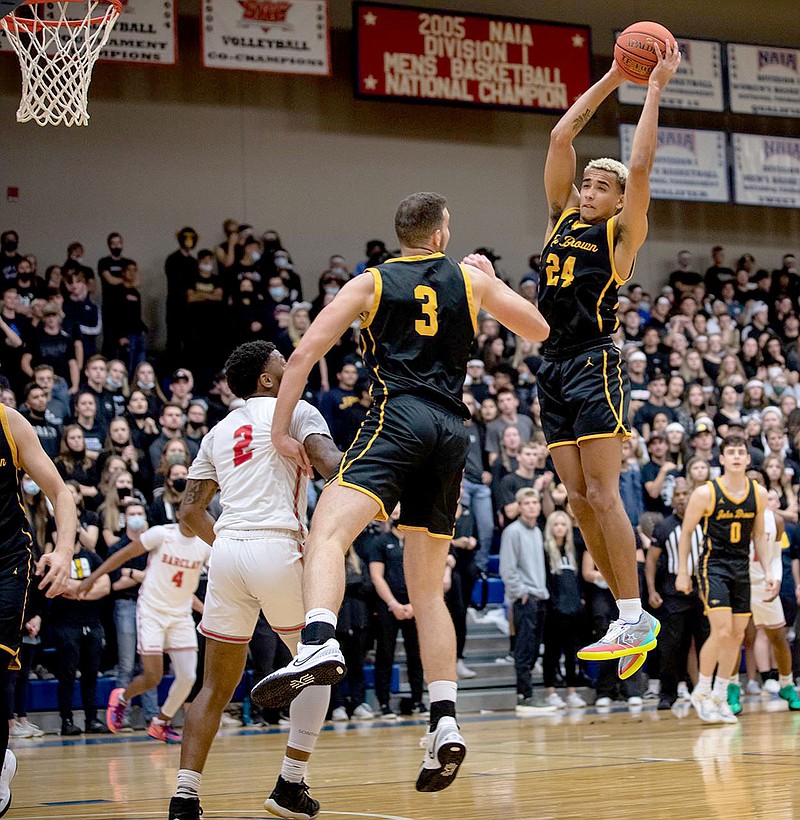 The 38th annual Toilet Paper Game marked the return of small college basketball's most beloved tradition, and the John Brown University men's basketball team dominated the boards and shot over 60 percent in the second half to run away with a 101-69 win over Barclay (Kan.) on Friday evening inside Bill George Arena.

Junior DJ Ellis' pass over the rim from behind the arc found graduate student Brenton Toussaint for the lay-in, prompting the throwing of toilet paper from the Bill George Arena faithful. The first bucket took just 11 seconds to score.

Senior Luke Harper scored a game-high 22 points, and in doing so, became the 31st Golden Eagle to reach the 1,000-career points milestone. He shot 10 of 19 from the field and added six rebounds and three assists.

The first half featured three ties and four lead changes while the Golden Eagles found its offensive rhythm. Facing a 19-18 deficit midway through the first half, Harper and Ellis hit buckets in the paint on consecutive possessions to jump-start a 10-4 run, pulling ahead, 29-23. JBU would never look back.

An old-fashioned three-point play from Perrier widened the margin to 13 at the intermission, and from there, the Golden Eagles shot 61 percent (23-of-38) from the floor in the second half and enjoyed 69 points from the bench.

Graduate student Densier Carnes scored 12 of his 16 on the night in the second half, finish 7-of-10 from the floor. Ellis was efficient in shooting 6-of-8 and added five assists, a team-best.

While the hosts turned the ball over a few more times than the Bears (0-1), John Brown made the most of its chances. The Golden Eagles converted 17 Barclay miscues into 20 points, while the visitors managed just five points off 20 John Brown mistakes.

Chazten Brown (17), Davion Knight (14) and DJ Hudspeth (13) each finished in double-figure scoring for the Bears, which captured a league title last season.

John Brown returns to action on Friday when it welcomes Arkansas Baptist to Bill George Arena for a 7:05 p.m. tilt. 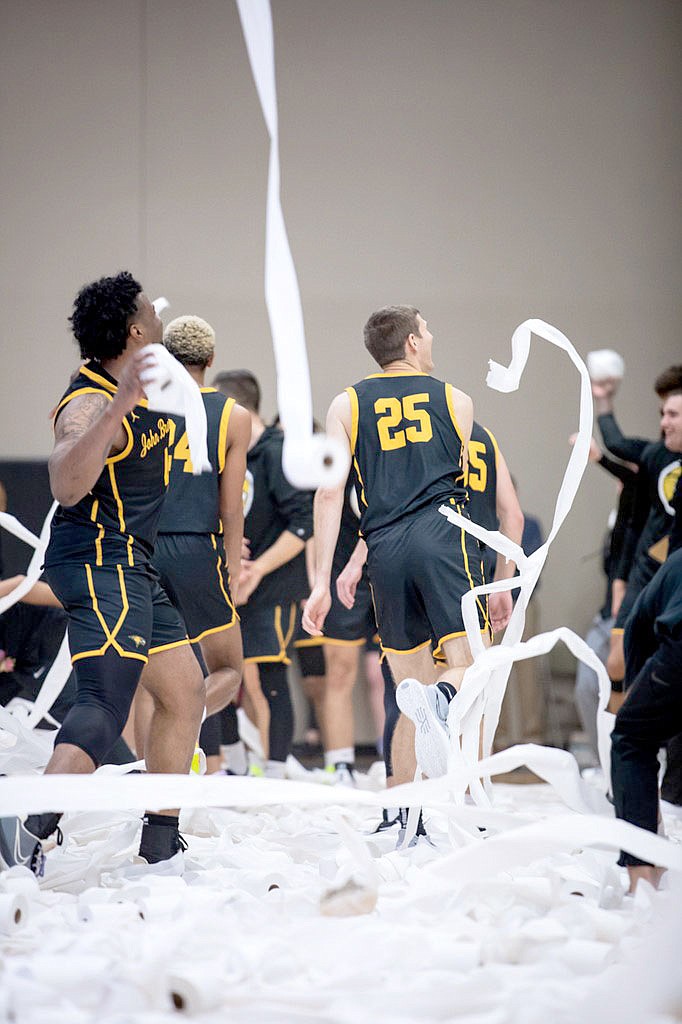