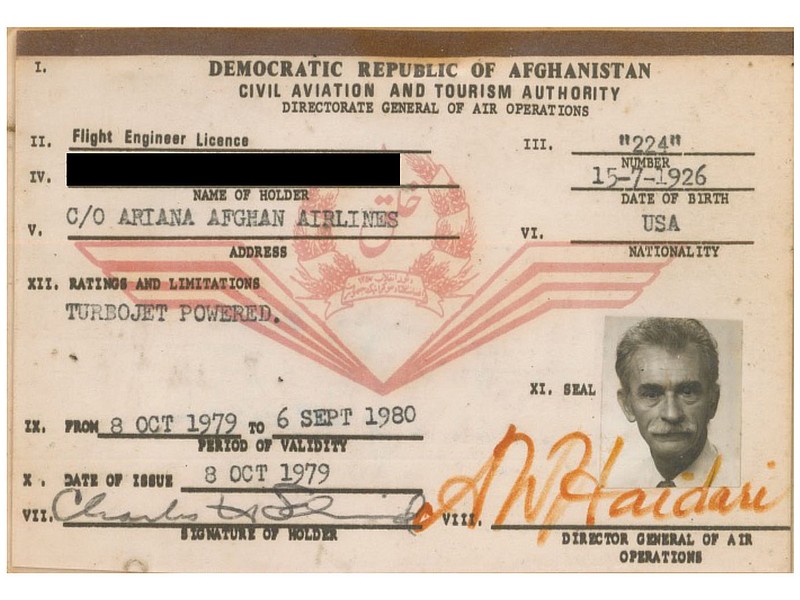 Photo submitted An ID card of an American flight engineer working for an Afghan airline on the eve of the Soviet invasion of 1979.

As military and diplomatic experts presided over what the president called a "tremendous success" in Afghanistan, a career soldier with ties to Northwest Arkansas remembered his recent duty station. Before checking out, he had to pay the government $22 "because I had the wrong glove liners." So he was surprised to see video of Taliban fighters "taking selfies in Blackhawks." Things got worse a few days later, when the Taliban flew abandoned U.S. Blackhawks over Kabul and Kandahar, which the experts had assured us they lacked the ability to do.

It's a sign of the times: An Army major is held accountable for glove liners while generals and their civilian supervisors casually walk away from billions of taxpayer dollars in military hardware left to the Taliban -- some of it destined for China, Russia and Iran; some of it to be used in the future against U.S. troops; some of it to waste in the dirt.

It's generally known that the Vietnam generation of combatants is untrusting of the federal government. Now we can say the same of Iraq and Afghanistan veterans. "I know exactly how the Afghan vets are feeling," says Patrick Broyles, a Vietnam veteran from Gentry. "Many 'Nam vets went through the same misery." He offers a phrase learned in the Army: "Prior Proper Planning Prevents Piss Poor Performance," and then notes that the administration obviously did little planning. "High ranking heads should roll but will not."

Derl Horn, a Vietnam veteran from Springdale, says that the news from Afghanistan "brings back bad memories of the evacuation in Vietnam, though this seems even worse." He feels for those who have served there and "given so much to make it a better place."

The active duty Army major says that for most of his peers "it's just a feeling of loss." On the walls at his current headquarters hang photos from missions around the world. "Now the Afghanistan ones simply remind us of futility." He says he was skeptical of the missions in Iraq and Afghanistan for most of his career, but he always hoped that someday he could visit Iraqi and Afghan communities that were thriving thanks to U.S. involvement. "We took the 'L' on this one," he says. "While not a surprise, the finality of it hurts."

We can name multiple presidents with fingerprints on Vietnam -- Truman, Eisenhower, Kennedy, Johnson, Nixon, Ford. Of these, the most responsible was Johnson.

We can do a similar accounting with Afghanistan. The debacle of late is a bow on the box of Joe Biden's career, but the greatest responsibility rests with George W. Bush. Like most Americans, I supported the invasions of Afghanistan and Iraq, but it was clear from the beginning that Bush's vision of building a functional democracy in either country was pure fantasy. Democracy as we know it took thousands of years to develop -- classical Athens, the formulation of Christian ethics, the Magna Carta, the English Revolution, and so on. Democracy is not the natural human state. What existed in Afghanistan before 2001, and exists there again now, is the historically normal human state.

An official in the Bush administration wrote that the president's "concern for the plight of the people was about as genuine as any human being could have had." But idealism cradled in historical ignorance and a simplistic view of human nature rarely leads to good outcomes. The presidents following Bush were, to one extent or another, stuck with the nation-building reverie he concocted.

Question: How did Afghanistan become a terrorist haven in the first place? Answer: Radical jihadists converged on Afghanistan after the Soviet invasion of 1979. Question: What made the Soviets think they could get away with invading another country in 1979? One answer: The man who then sat in the White House, Jimmy Carter, was a very good person and a very bad president. By late 1979 Carter's weakness was obvious to all. So the Soviets moved. And then the jihadists converged on Afghanistan. And then Afghanistan became a coven of terrorists. And here we are.

The photo nearby comes from a different era. It's the ID card of an American who in 1979 was a flight engineer for Afghanistan's Ariana Airlines. That was his job when the Soviets invaded--when history took a turn with ongoing repercussions.

"The road to hell is paved with good intentions." Jimmy Carter was a very nice man. George W. Bush was a lofty dreamer. As it happens, the world could use more niceness and lofty dreaming, but only when balanced against the hard truths of human and historical reality.

-- Preston Jones lives in Siloam Springs and oversees the website "War & Life: Discussions with Veterans" (warandlifediscussions.weebly.com). If you have wartime experience, photos or letters you are willing to share, contact [email protected] The opinions expressed are those of the author. 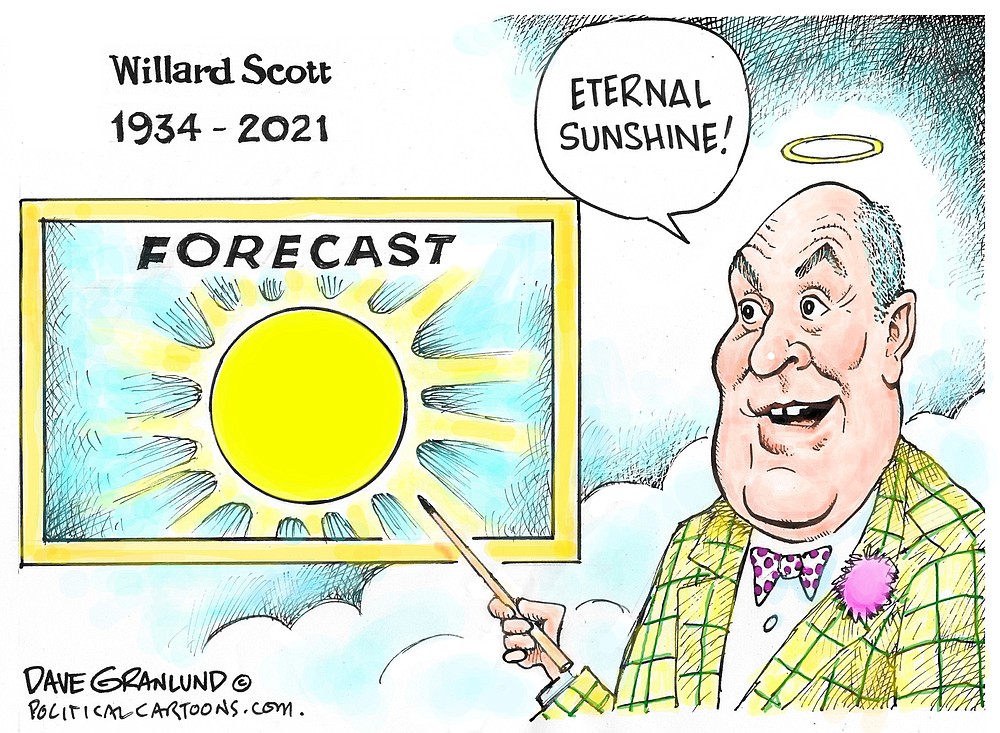