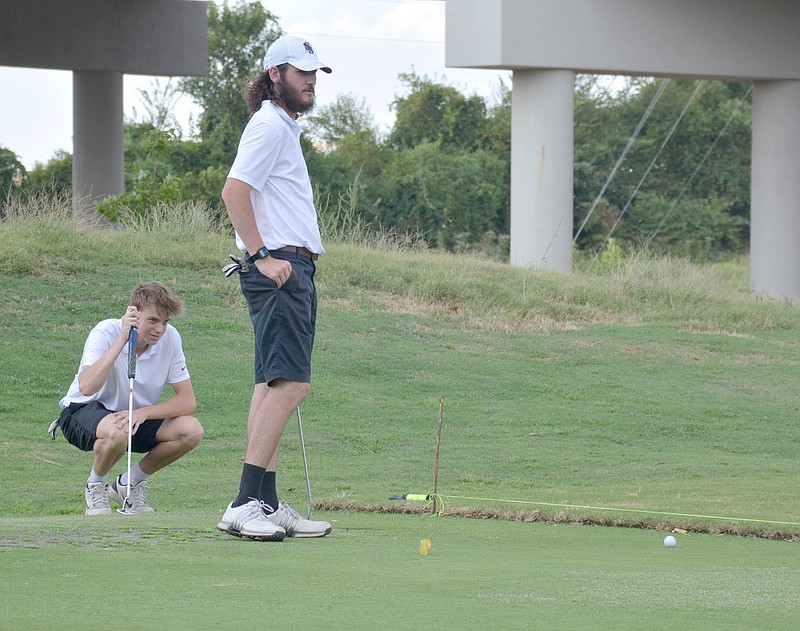 The Siloam Springs golf teams hosted their final home match of the season Monday against Alma and Lincoln at The Course at Sager's Crossing.

The Siloam Springs girls picked up their first win of the season, while the boys tied Alma in the nine-hole match.

"This was probably one of our best matches," said Siloam Spring coach Brooke DeGaish. "Our girls really did well and resulted in a win."

The Lady Panthers shot a count-three score of 137 to defeat Lincoln's total of 176. Alma had one individual and did not field a team score.

Siloam Springs junior Brooke Smith led all golfers with a low round of 42 for the medalist, while teammate Baylee Morris shot 44. Reese Sutulovich carded a 51, while Aleisha Boyd shot 57 and Mackenzie Sontag 58 for the Lady Panthers.

In the boys match, both the Panthers and Airedales shot a 162 in the count-four format.

Brayden Fain carded a low round of 35 for the medalist, while Miles Perkins shot 40, Preston Moody 42, Nathan Vachon 45 and Cam Blackfox 51.

Lincoln finished with a team score of 208. Harrison Coker-Gage led Lincoln with a 50, while Kase Ingram shot 52, Paxton Price and Kale Jones each with 53 and Colt Cushing 57.

The Panthers and Lady Panthers are scheduled to play in the First Tee Confidence Tournament at Bella Vista Country Club on Thursday and Friday.

On Tuesday, the Panthers and Lady Panthers are scheduled to play in the 5A-West Conference Tournament in Cabot. 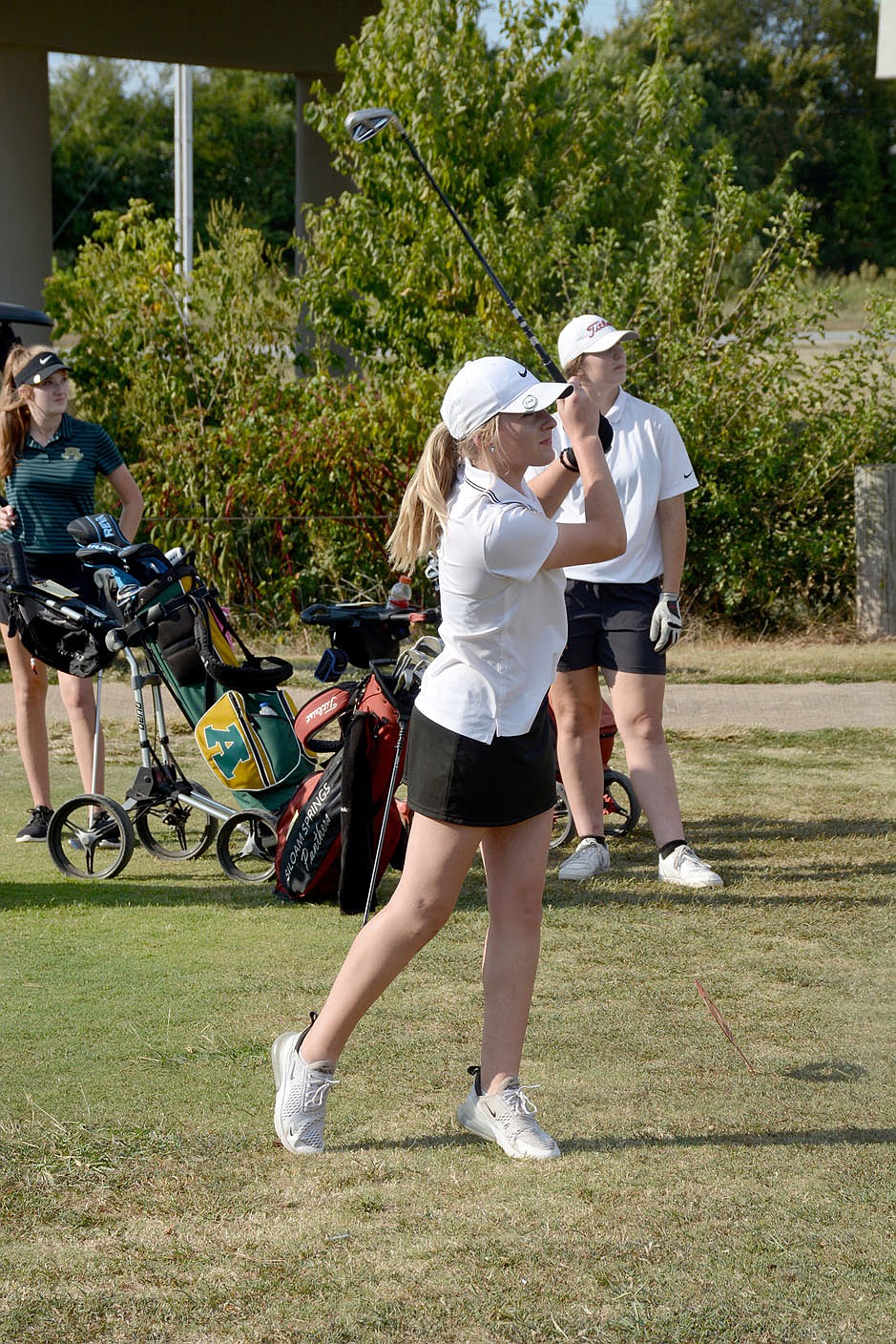 Graham Thomas/Herald-Leader Siloam Springs golfer Baylee Morris watches after she hits a tee shot as teammate Brooke Smith looks on during Monday's match at The Course at Sager's Crossing.