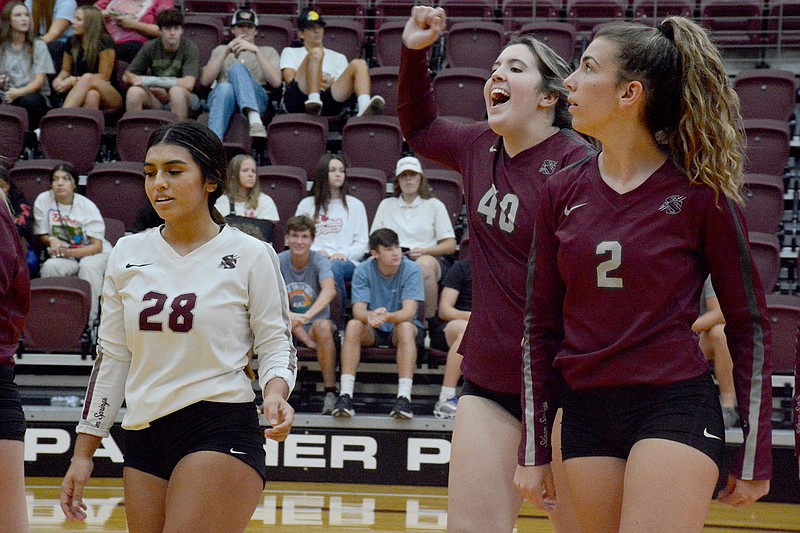 In what has been a disappointing start to the 2021 volleyball season, the Siloam Springs Lady Panthers were all smiles Monday night.

The victory was the first of the season for the Lady Panthers (1-10-1).

Siloam Springs had failed to win even a single set going into last weekend when it played at a tournament at Little Rock Christian Academy on Saturday.

Siloam Springs wound up going 0-3-1 in the tournament, losing to Fort Smith Northside, Little Rock Christian and Bryant, while playing Searcy to a tie.

But the tournament and several games in one day helped the Lady Panthers get a little confidence, Wright said, which spilled over into Monday's match.

"This weekend we got closer than we had ever been to winning a whole match," Wright said. "You could see the confidence build and the level of play this weekend was intense. It helped build some confidence that they could get it done, and I'm super proud of them."

Emma Norberg had four kills and a solo block in the opening set as the Lady Panthers eased past Huntsville.

Siloam Springs went on an 11-0 run in the second set -- including a pair of aces by Cailee Johnson, kills from Gracie Greer and Regan Riley and a combo block from Norberg and Riley -- to take a commanding 14-2 lead. After kills from Anna Wleklinski and Riley, Siloam Springs led 17-4 and rolled to the victory.

The Lady Panthers found themselves down 10-6 in the third set but went on a 9-0 run to take a 15-10 lead. Wleklinski had three kills in that stretch and Norberg had a kill and an ace, while Faith Ellis had a kill.

Norberg added a pair of late kills and Johnson had an ace to finish off the victory.

The Lady Panthers did a good job of mixing up their attacks, Wright said.

"It's great to see them connect with that thought that it's not just aggressive swing but aggressive place and mixing it up," Wright said.

In the end, it was another victory on Teacher Appreciation Night, which was held before the match where all the players and coaches on the team honor a teacher in their life.

"Something about pouring into people," Wright said. "You know I think it helps their mindset that 'it's not about me.'"

Siloam Springs was scheduled to host Greenbrier on Tuesday in a 5A-West Conference match. Results were not available at presstime.

The Lady Panthers travel to Greenwood on Thursday. 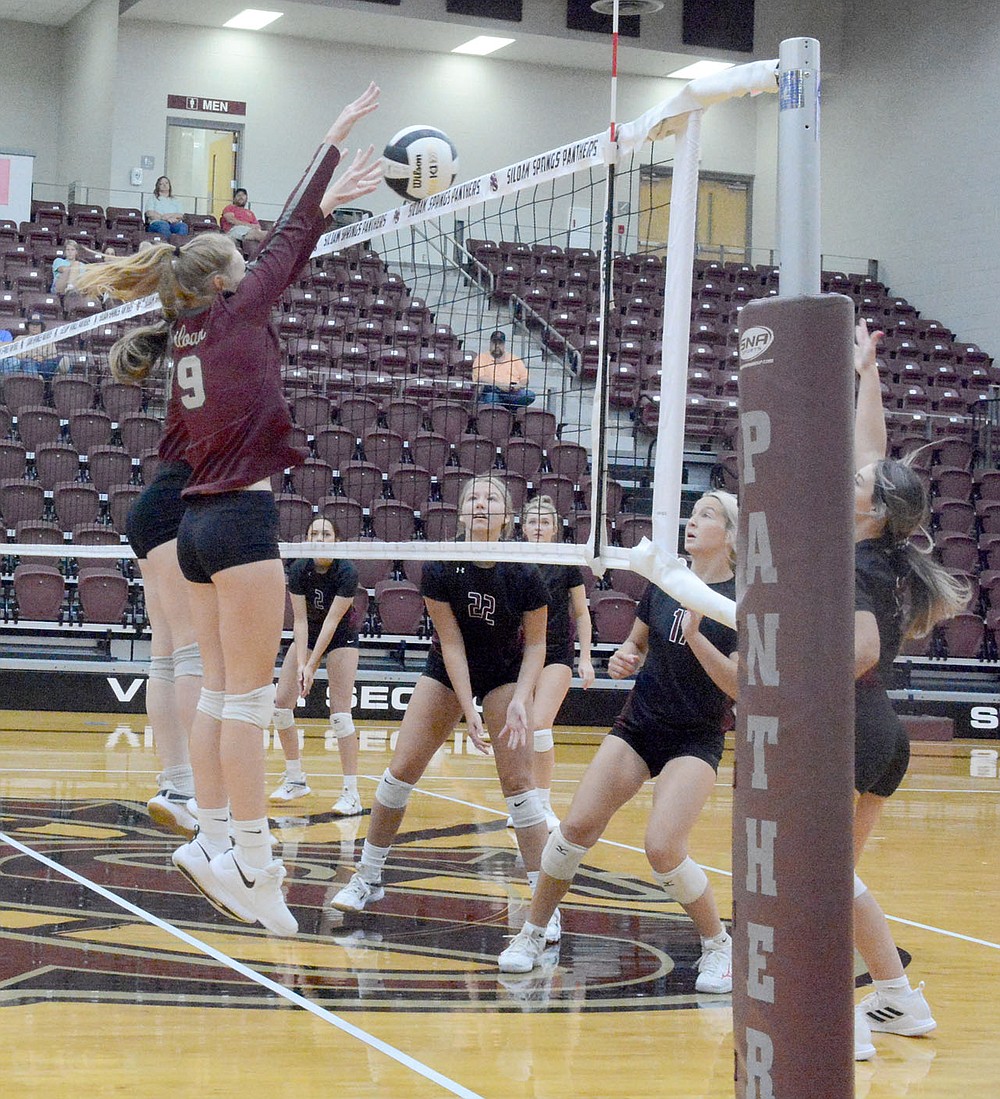