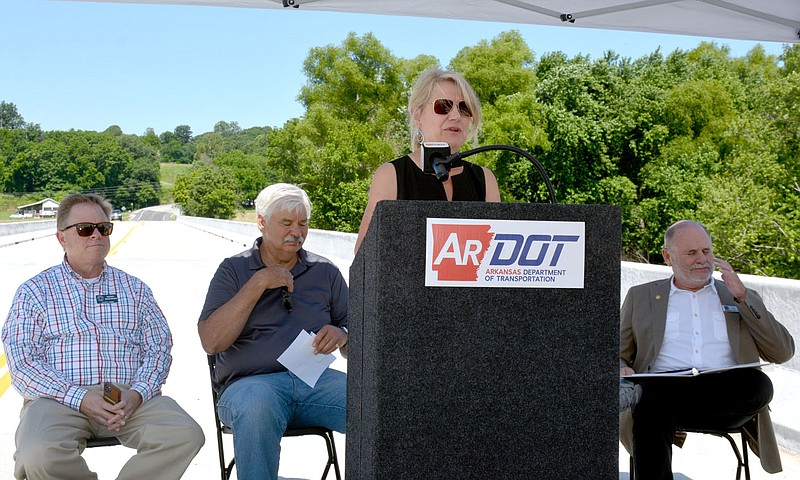 The ceremony was to officially open the new Osage Creek Bridge, replacing a bridge which had become unsafe, according to Benton County Judge Barry Moehring.

ArDOT director Lori Tudor spoke about the bridge, saying it was the longest bridge in rural Benton County at 502 feet, and congratulated Crossland Heavy Contractors for the work it did on the bridge.

“They finished early and on budget,” Tudor said. “You can’t ask for more than that, especially on a highway budget.”

Moehring said the old bridge was only around 300 feet long and cracked to the point that people could see the water down below. He said the partnership between ArDOT, the Benton County Quorum Court and the Benton County Road Department has helped to repair many of the unsafe bridges in the county.

The judge said the county has a close relationship with ArDOT, which sends Moehring reports on the conditions of bridges and informs the county on bridge repairs needed. ArDOT’s diligence is one of the reasons why the county can do this, he said.

Moehring said the quorum court has funded projects like the Osage Creek Bridge, making its bridge program possible. Moehring said the court acted on approving these plans and the road department has worked on 1,400 miles of county road and more than 100 bridges.

“Within two or three years, we will have no structurally deficient bridges,” he said. 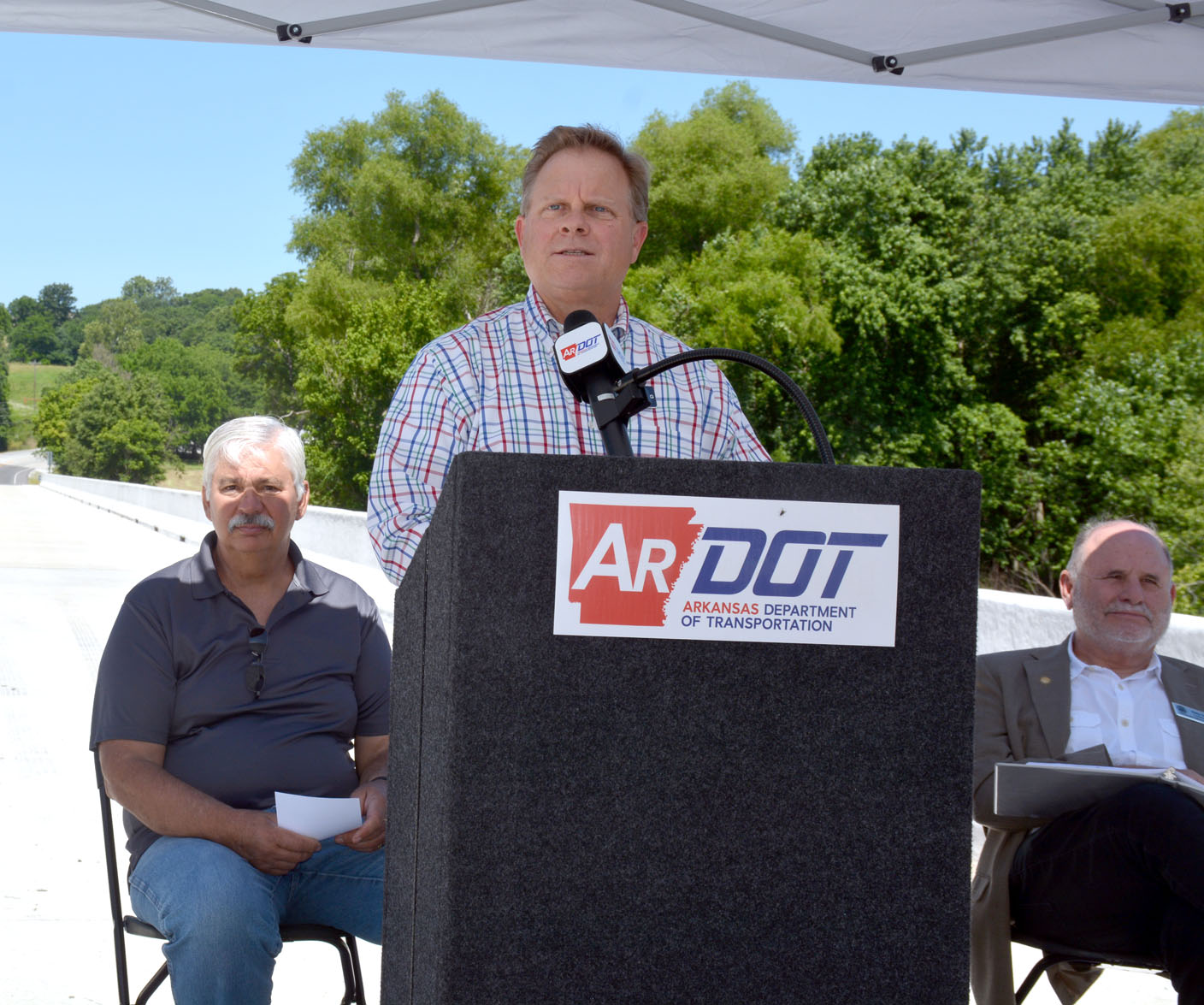 Marc Hayot/Herald-Leader Benton County Judge Barry Moehring (center) gave a speech on Monday morning at the ribbon-cutting for Osage Creek Bridge. Moehring talked about how a partnership with ArDOT, the Benton County Road Department, and the Benton County Quorum Court has led to the repair of 13 bridges in the county. 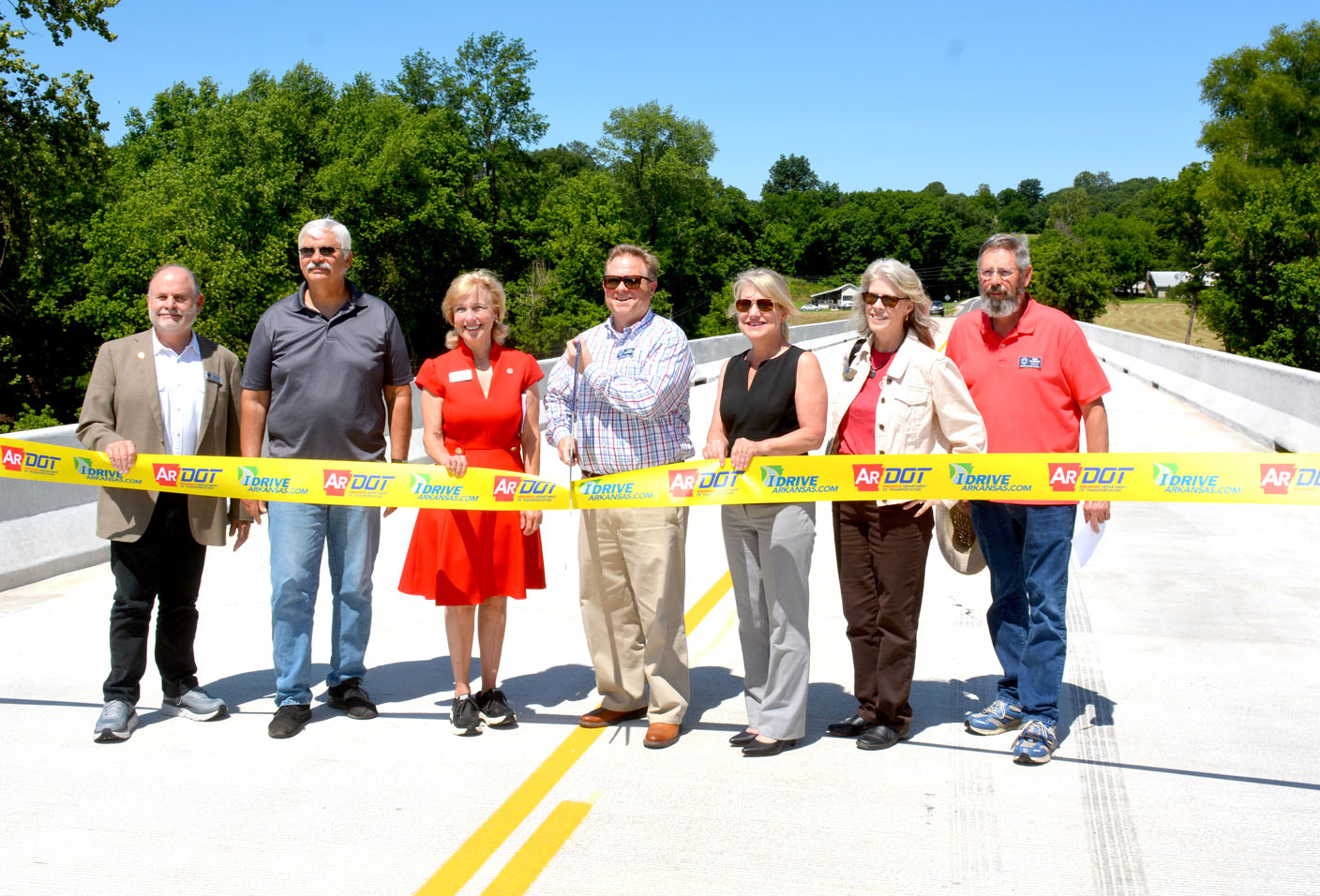