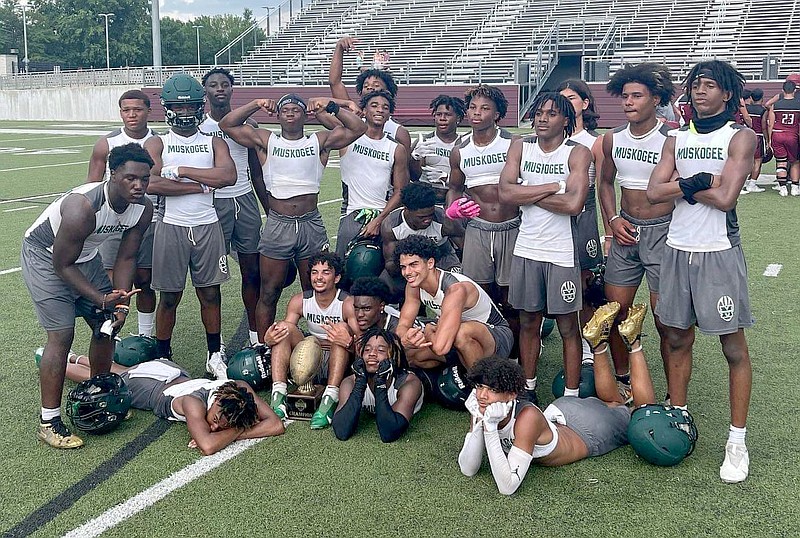 The second annual Stateline Shootout proved to be a successful event as teams from Arkansas and Oklahoma battled hot, muggy temperatures Saturday at Panther Stadium and the Sager Creek Soccer Complex.

Muskogee went 6-0 in pool play, outscoring its opponents 174-55, and entered bracket play as the No. 1 seed.

"It's been an awesome day for everybody involved," said Siloam Springs coach Brandon Craig, whose program hosted the event. "Our booster club has done a great job. We really appreciate Don Clark and the guys at the city (of Siloam Springs) and all the help they've given us this week to get ready, all the volunteers showing up and doing what they've done, and of course all of our sponsors that have helped provide everything. And then we've got some great competition going on out on the fields. We're seeing some teams just play outstanding. Great coaches, Great coaching staffs and it's just been all around a great day."

The Roughers beat Collinsville 42-5 in the opening round of bracket play and then beat Bentonville West 29-13 in the quarterfinals. Muskogee smashed Pea Ridge 36-6 in the semifinals before defeating the Bulldogs.

Springdale also went undefeated in pool play and outscored its competition 132-56, earning the No. 2 overall seed for bracket play.

Springdale beat Pryor (Okla.) 25-16 in the opening round and then defeated Oologah (Okla.) 20-10 in the quarterfinals before beating Tahlequah (Okla.) 21-14 in the semifinals. Springdale went 9-1 on the day.

For the host Panthers, it proved to be a tough day on the field.

Siloam Springs finished 1-6 with the Panthers' only win coming in pool play against Pryor.

Siloam Springs lost 24-4 to Springdale in the opening game, followed by a 16-14 loss to Oologah.

The Panthers then lost their opening round bracket game to Gravette as well.

The Panthers were without top receiver Jonathon Graves, who had a foot injury, and then lost Cameron Stafford in the opening game with a fractured collarbone, Craig said. 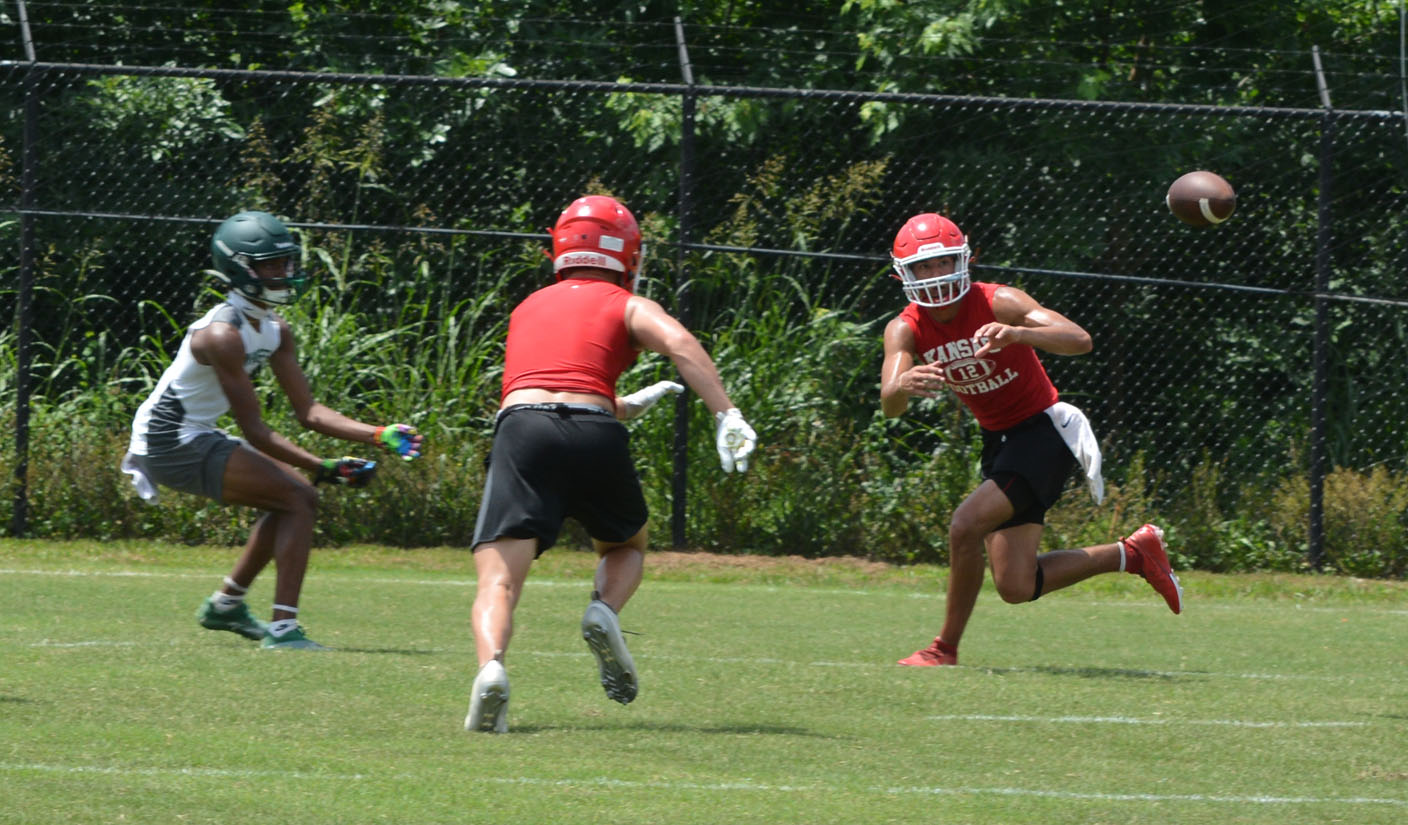 Graham Thomas/Herald-Leader Kansas (Okla.) defender Seneca Steele steps up to intercept a ball against Muskogee in the Stateline Shootout on Saturday. 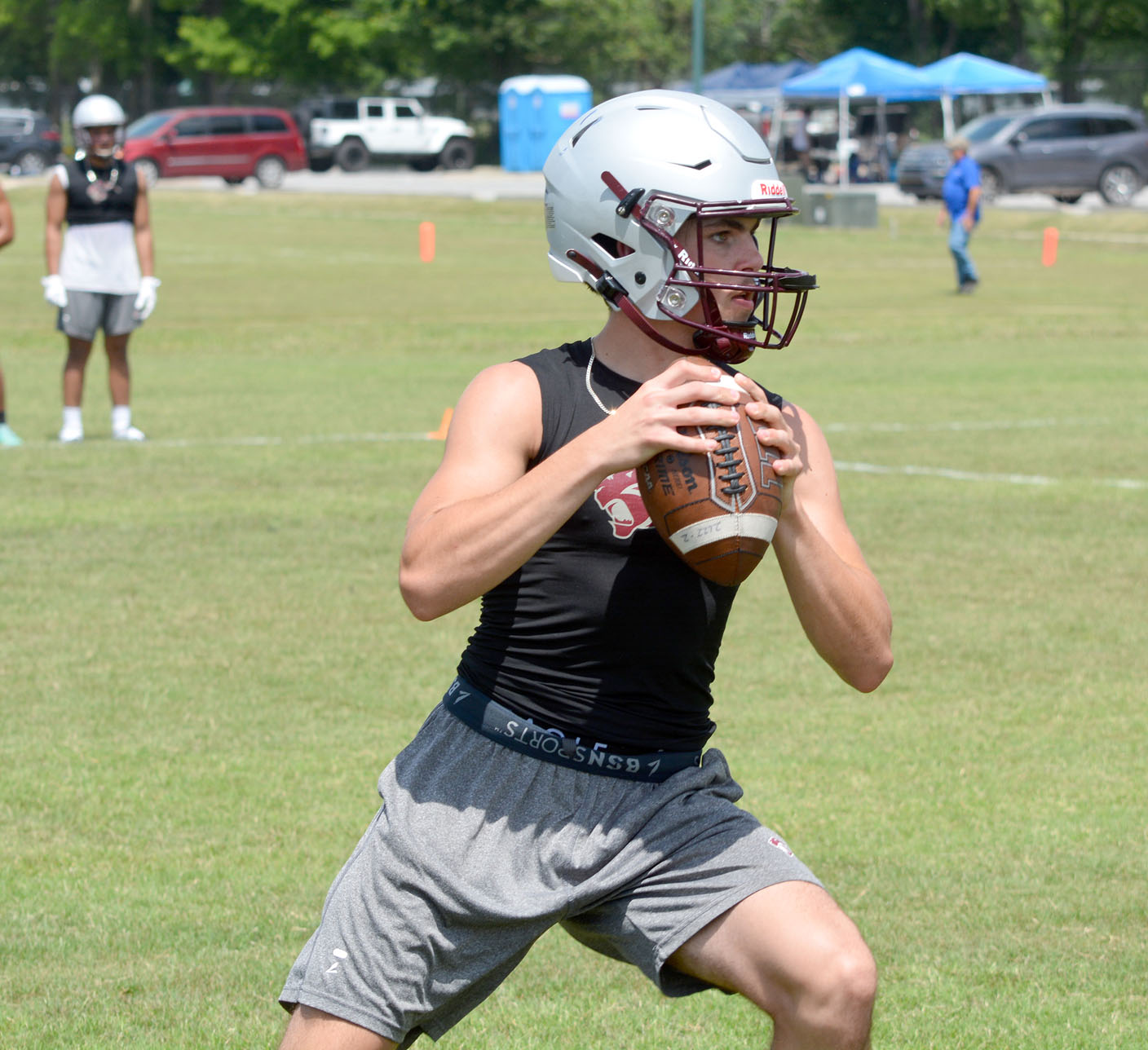 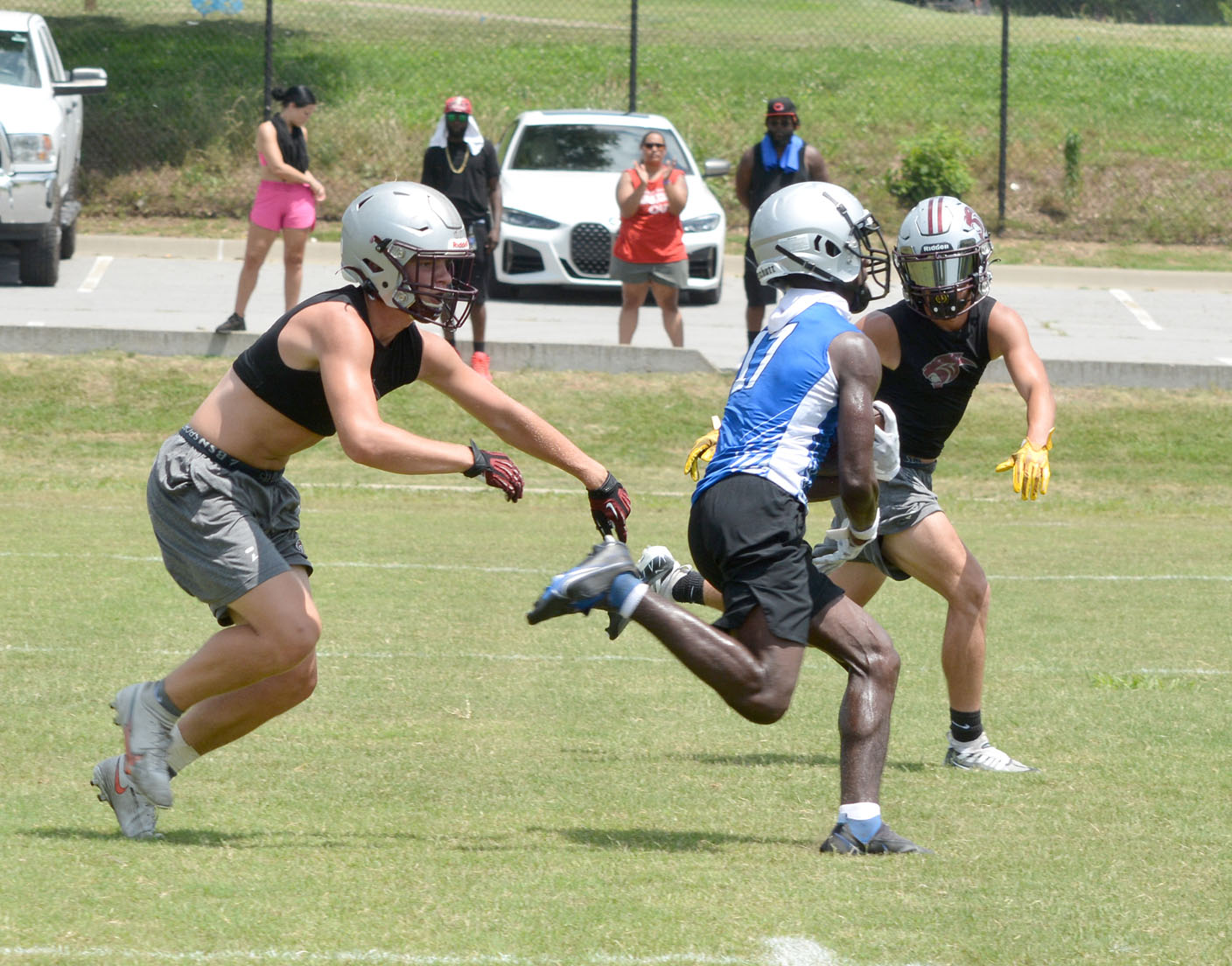 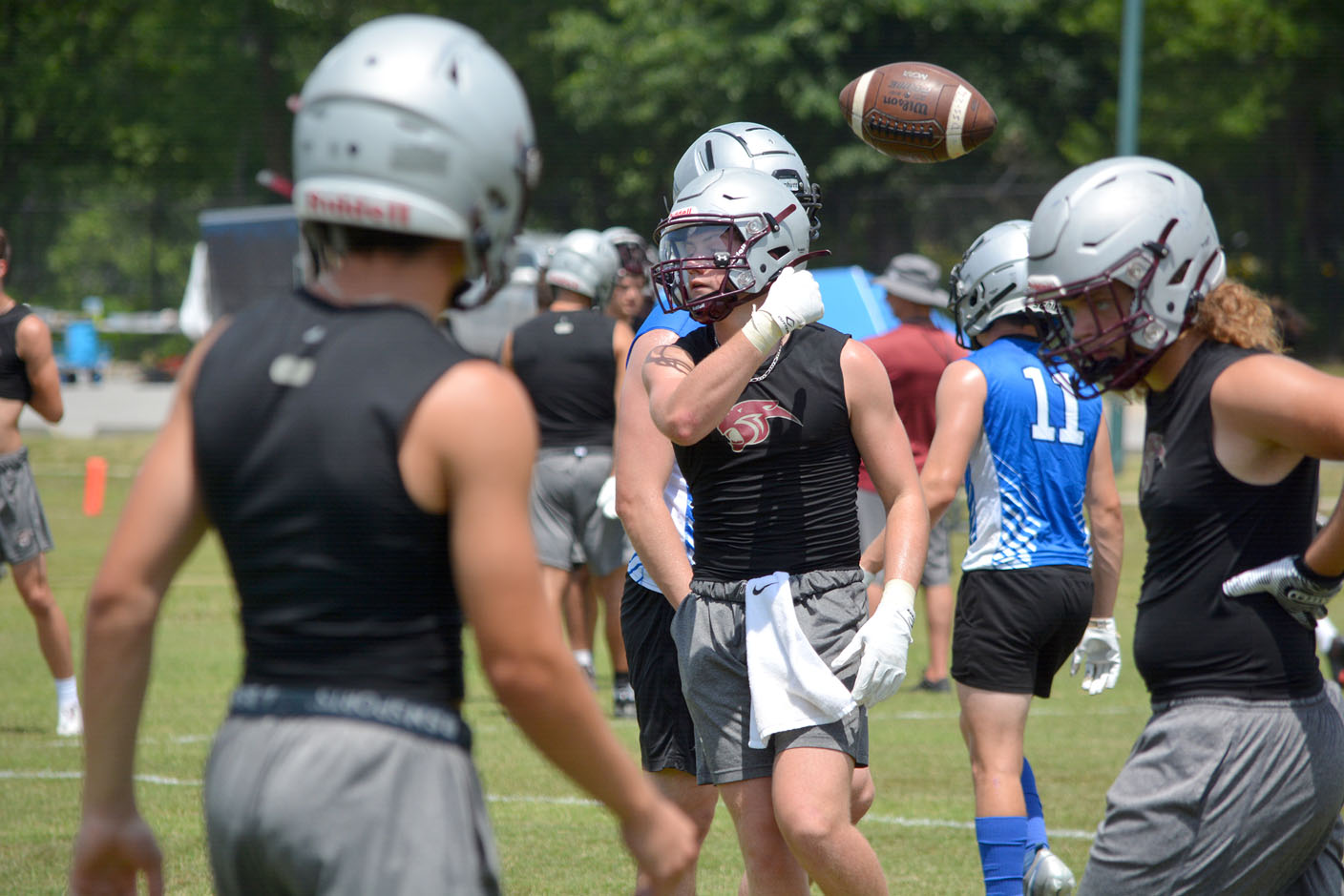 Graham Thomas/Herald-Leader Siloam Springs senior Nick Driscoll (middle) tosses the ball away after matching a catch against Sapulpa (Okla.) in the Stateline Shootout on Saturday. 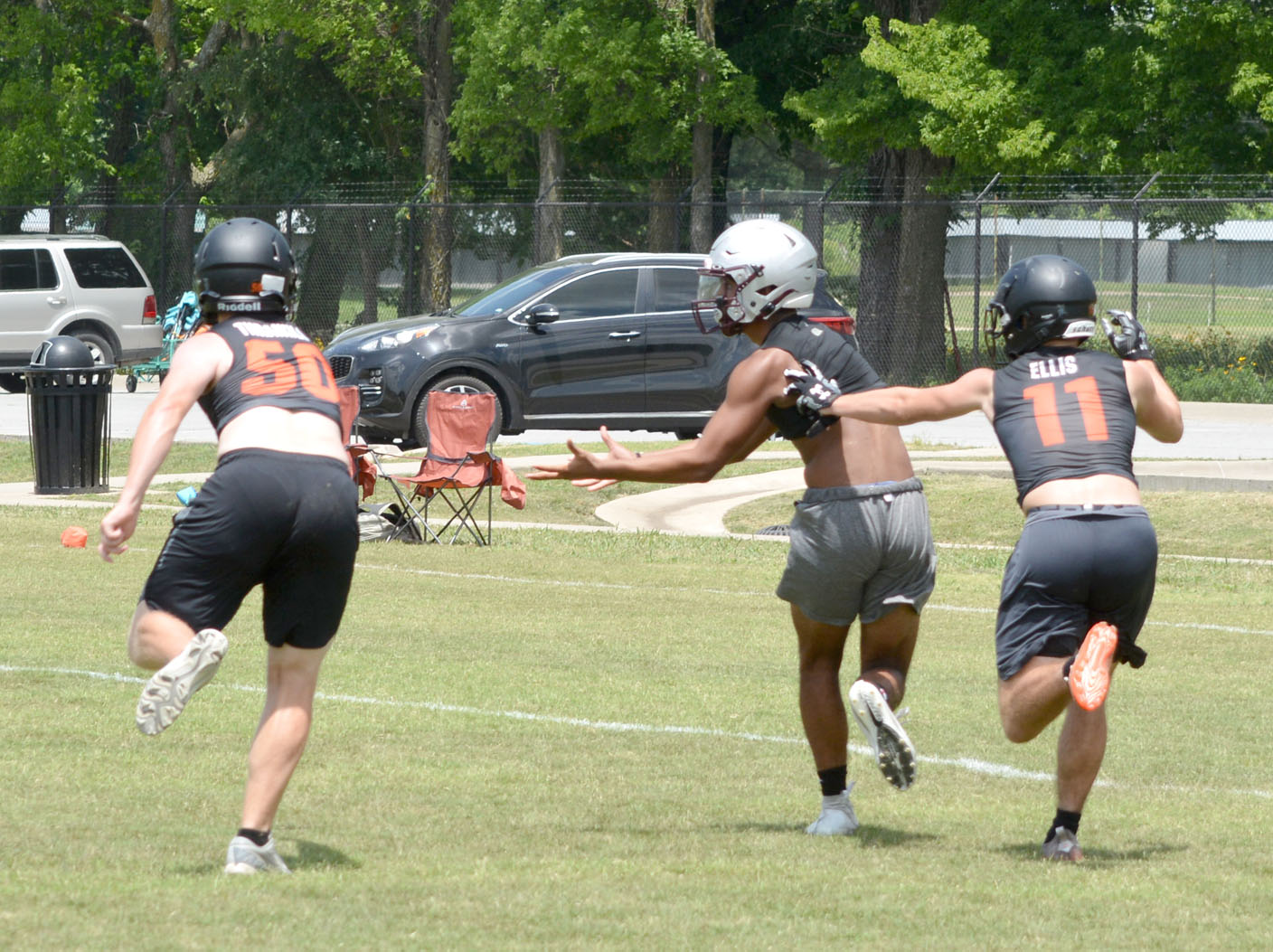