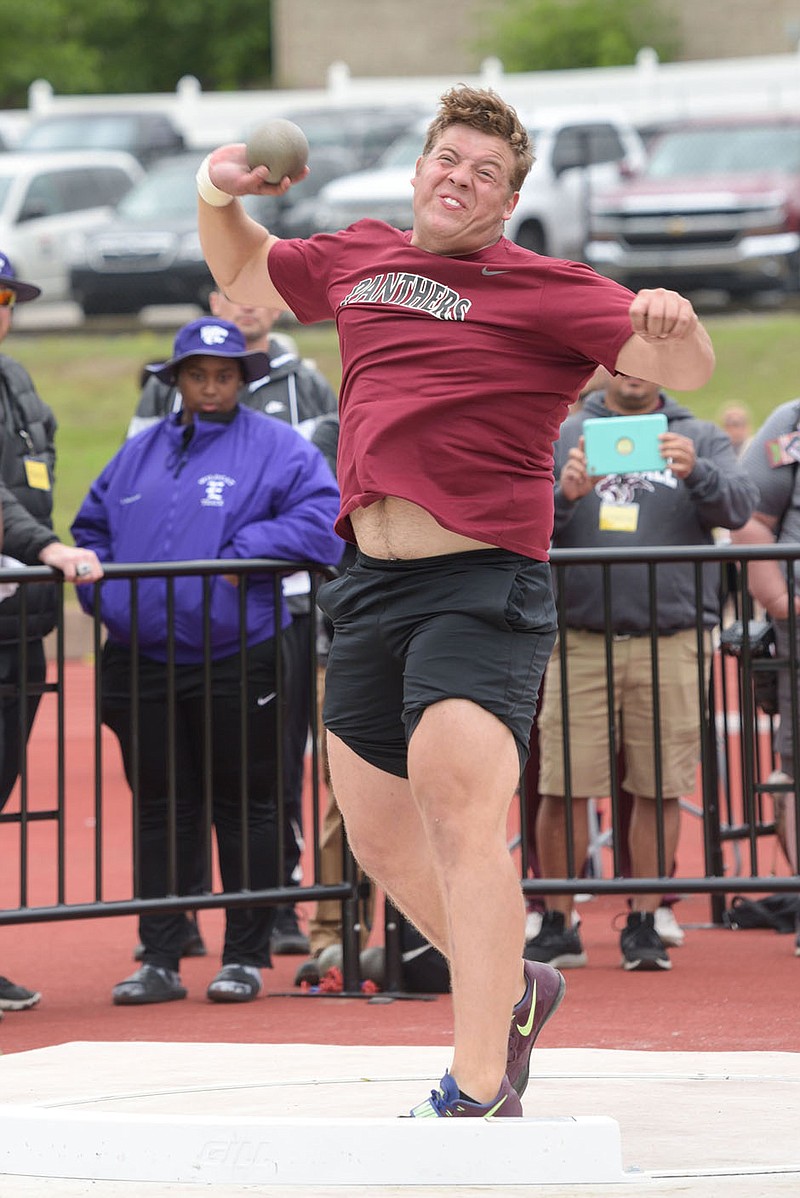 Hank Layton/NWA Democrat-Gazette Jace Sutulovich of Siloam Springs competes on Friday, May 6, 2022, in the boys' shot put at the Class 5A state track and field meet at Van Buren High School. Sutulovich won the event with a throw of 52 feet, 10 inches, to repeat as state champion.

Jace Sutulovich won the state championship in the shot put and finished runner-up in the discus at the Class 5A State Track meet in Van Buren.

Sutulovich repeated as 5A champion in the shot put at 52 feet, 10 inches.

"It was a great competition and I had a lot of fun competing against that group of guys," Sutulovich said. "There where some really solid throwers and athletes in the competition. My best throw was the last of the competition and I hit a mark of 52-10. The throw was well short of a PR (personal record) but it was enough to get the job done and get me the opportunity to go and compete next week at the Meet of Champions, and to try and chase another PR."

Sutulovich will compete in both the shot and discus at the Meet of Champions on Wednesday.

"Huge thanks to Coach (Henry) Janes for coaching me these last six years and helping me to achieve my goals in this sport," Sutulovich said. "And also thanks to Coach (Brandon) Craig for giving me some extra coaching on the weekends! I got one more run and I'm hoping to finish it with two PRs."

The 4x400-meter relay team of Wilson Cunningham, Pozo, Becan and Marcus Molina was disqualified for throwing a baton, according to official results on ar.milesplit.com.