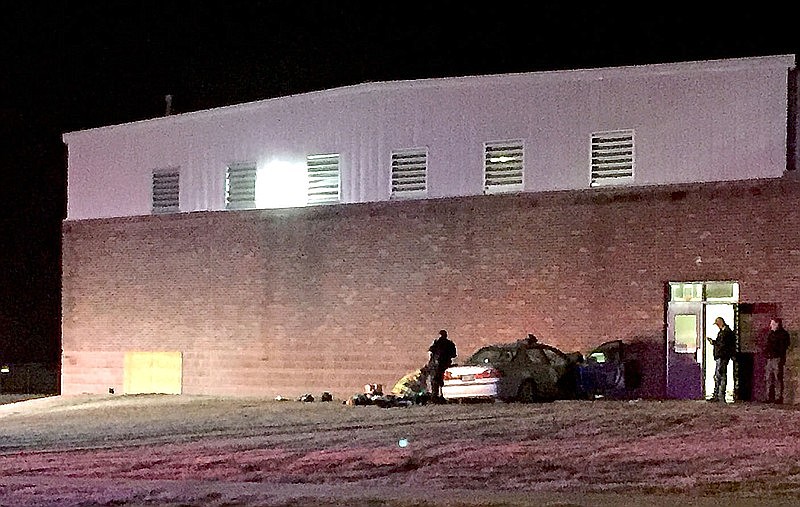 One person died after a vehicle crashed into Siloam Springs Intermediate School on Feb. 28, 2021. Tyler Mathews, 33, pleaded guilty Monday to manslaughter and battery. Mathews was accused of recklessly driving his car into the school, causing Natalia Wiggins’ death, according to court documents. (File Photo/NWA Democrat-Gazette/Graham Thomas)

BENTONVILLE -- A Bella Vista man was sentenced to seven years in prison after pleading guilty in connection with a woman's death in a car crash.

The plea related to a vehicle crash into Siloam Springs Intermediate School on Feb. 28, 2021. Natalia Wiggins, 25, of Bella Vista was a passenger in the car; she died about a week later from injuries she suffered in the crash, according to court documents.

Desa Watkins, another passenger who was 18 at the time, was injured, according to court documents.

Mathews was accused of recklessly driving his car into the school, causing Wiggins' death and injuring Watkins, according to court documents.

Print Headline: Man gets prison time in case related to ’21 crash into school