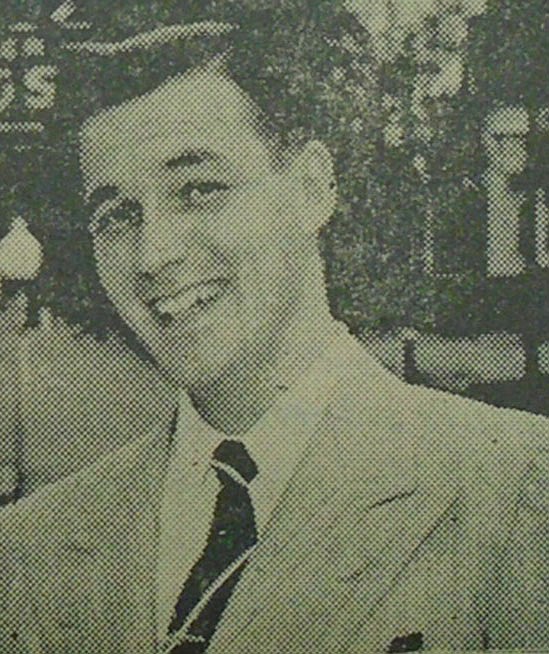 Siloam Springs is the economic engine of western Benton County and much of northeastern Oklahoma. This was never guaranteed. It's true that the town's springs made it a tourist destination in the early 20th century, but that didn't ensure the coming of significant industry, jobs and economic development. That was the work of individuals, some of whose names are recognizable to anyone who spends some time here -- among them, Crain, Allen, Henry, Simmons and John Brown. Lesser known now are the names Millsap and Ralph Jones. Almost completely forgotten, because he worked here only four years after graduating from JBU, is Rufus D. Brown, III.

Residents who lived in Siloam Springs in the early 1950s remember the Silver Strike Jubilee, when major employers in town paid their workers with silver dollars. The idea was that, as these coins made their way through the local economy, people would see how employment at one place -- say, at the Bear Brand sock making plant in town -- supported employment at other places, such as Millsap's Food Liner (a grocery store). The goal was to encourage locals to support the Chamber of Commerce's efforts at bringing more industry to town.

The Silver Strike Jubilee of June 1952 coincided with the formal opening of a business new to Siloam Springs called Pluss Poultry, which eventually became Simmons Foods. For the town and the region, this was obviously a major event of long-term importance.

The era 1950-1954 was the moment Siloam Springs' status as the region's economic engine was set. Though many people worked to make this happen, young Rufus Brown was a key player. A collection of parades, displays and events that drew something like 20,000 people to town that led to a documentary about Siloam Springs shown in theaters around the country, the Silver Strike was a great success. This was largely Rufus Brown's doing. Some of the letters he sent while preparing for and building up the jubilee are kept at the local museum. They are a monument to an astounding level of energy and drive.

In addition to writing organizations throughout the region inviting them to participate, Brown sent letters and memos to nearly 100 newspapers and 16 radio stations. He addressed a letter to the U.S. Secret Service asking whether filming the silver dollars paid to employees would violate any law. And, by the way, would the Treasury Department be interested in participating in the Silver Strike Jubilee? (The answer to both queries was "no.")

Rufus Brown also played a key role in bringing industry, including Pluss Poultry, to town. This involved raising money to incentivize companies to build here. In a meeting at the community building in June 1951, Siloam Springs locals raised nearly $20,000 to help Pluss Poultry get started. This wasn't a loan to the company, except in the sense that people donated because they expected the company's payroll to contribute to the community.

In terms of long-term economic significance, this public meeting in 1951 was probably the most important gathering in the city's history. And Rufus Brown had been an organizing force behind it.

Brown's work attracted notice. The Arkansas Association of Commercial Organizational Executives elected him vice-president. Around the same time, the board of the Southwest Institute for Commercial Executives in Dallas chose him for its board of directors. Job offers from other chambers of commerce came in. Initially, "home ties" kept him in Siloam Springs. But, ultimately, his energy was too much for a small town.

The city's other influencers, mostly gathered in or around the Chamber of Commerce, rode or joined the wave of action Rufus created in the years 1950-1953, but none could keep the relentless pace of this gifted striver still a few years shy of thirty. "It is no reflection in any way upon the city, or the people of Siloam Springs to state," a local newspaper observed about Brown, "that if he is to continue in what seems to be his chosen line of endeavor, he must move onward in order to move upward."

In 1954, he took a chamber of commerce position in Joplin, Missouri, and then moved on from there a few years later.

Rufus Brown and the others who did so much to build Siloam Springs in the early 1950s operated on an ethic of community-mindedness. These business leaders understood that there was no necessary tension between doing well in things economic and doing good in one's community.

The story of Rufus Brown is part of a larger project looking at the development of Siloam Springs in the period 1949-1974. If you have memories, documents or artifacts related to town in those years, please email [email protected]

-- Preston Jones lives in Siloam Springs and works on numerous educational projects, including "War & Life: Discussions with Veterans," which can be found at https://warandlifediscussions.weebly.com/. The opinions expressed are those of the author.