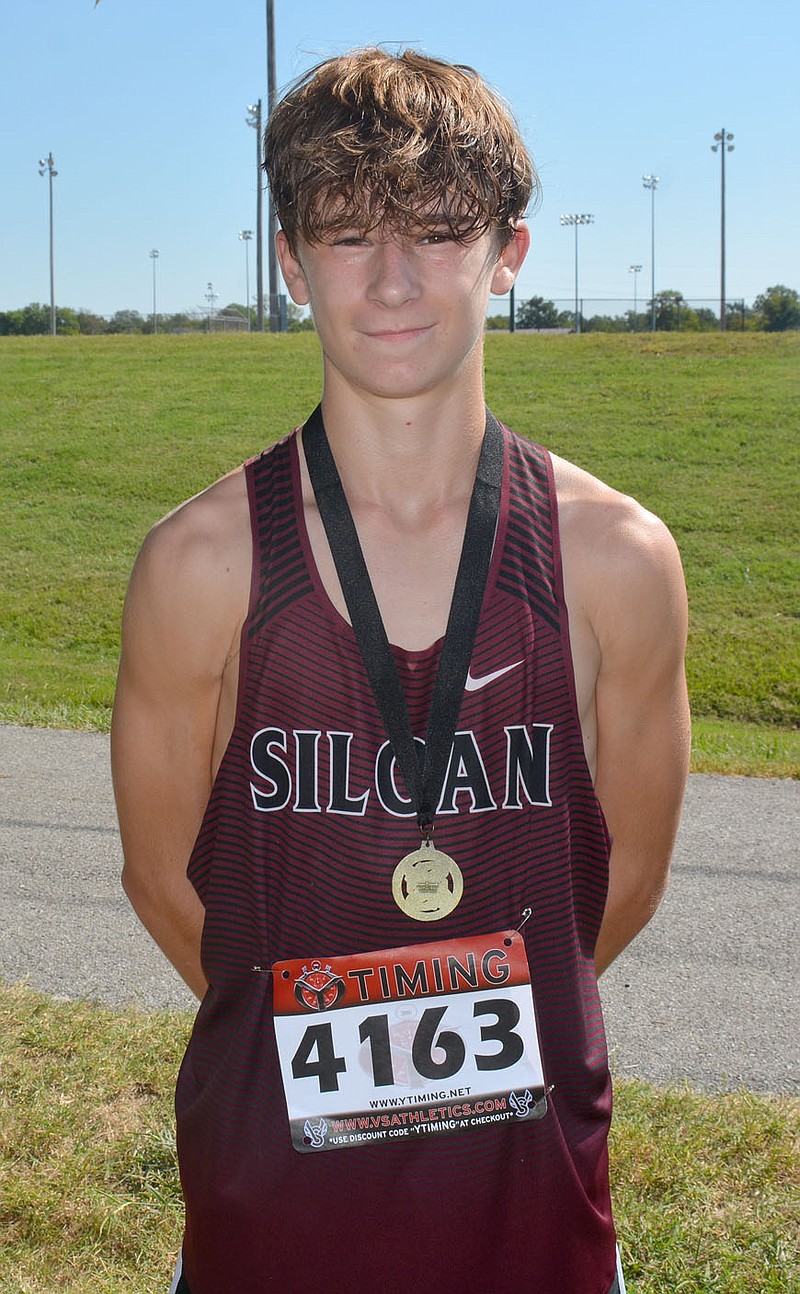 Bentonville had four of the top five finishers and won the Class 5A/6A division with 19 points, while Siloam Springs was second at 85, followed by Greenwood 96, Fort Smith Southside 108, Van Buren 109, Rogers Heritage 168, Don Tyson School of Innovation 182 and Springdale Har-Ber 209.

"Our high school boys did a little better," said Siloam Springs coach Sharon Jones. "Most of them ran at or around the goals we had set for them. ... Coming in second place to Bentonville and beating conference teams Greenwood and Van Buren was nice."

Bentonville's James American Horse won the individual title with a time of 16 minutes, 4.65 seconds, more than 10 seconds ahead of Greenwood's Noah Embrey at 16:15.42.

"It was good to see Nate showing some consistency coming in first for our team and winning the 12th place medal and Levi coming in second for us with that 14th place medal," Jones said.

"Levi, Nate, Tommy, Billy, Caleb, Barrett and Jacob all ran faster this week on a much tougher course," Jones said. "Caleb and Jacob both set new personal records. Caleb was our most improved by 49 seconds.

Pea Ridge finished first out of 14 teams in the 1A-4A division.

Greenwood finished with four runners in the top six and scored 23 points to win the varsity girls race.

Greenwood's Carole Werner was the top overall finisher at 20:24.90.

"Our high school girls might have been disappointed with their times," Jones said. "The course we ran on at Elkins last week was short, so it made our times look really slow this week. But most of our girls ran faster this year on our course than they did a year ago."

"Claire Jagger ran almost as fast this week as she did last week on the shorter course," Jones said.

A total of 131 runners combined participated in the girls varsity race with 74 runners in the 5A-6A division and 57 in the 1A-4A.

Siloam Springs' Chance Cunningham finished first overall with a time of 10:49.14 to lead the Panthers to a fourth place finish in the 5A-6A division of the junior high boys race.

"Eighth-grader Gaige Thompson improved almost a minute for a new PR," Jones said. "He is a workhorse in practice. Ninth-graders Sebastian, Bennett, Corbett, Boone and Blake all look super strong and have improved a lot. Overall, we had 18 new personal records for the junior high boys.

"Most impressive improvement from this group was seventh-grader Drake Turner, who improved three minutes and 47 seconds over last week. We are very proud of all these runners."

Shiloh Christian won the 1A-4A division. A total of 344 runners competed in the junior high boys race with 201 in the large school division and 143 in the small school.

Siloam Springs freshman Vanessa Frias finished first overall with a time of 13:22.98 in the 5A-6A division of the junior high girls race.

"Vanessa won the junior high race pretty easily in front of a slew of Bentonville and Fayetteville runners," Jones said. "She continues to look really strong for us."

"Hope Nam set a new personal record improving nicely over last week," Jones said. "All of our junior high times were at least a minute faster this week. We believed Elkins junior high course last week was long, explaining some slower times last week. We know our course was right, so it was good to see them back on track with some really good times. We had nine junior high girls set a new personal records and almost everyone is faster than they were on our course last year. Partly due to some changes we made to our course, incorporating the new bridge over Sager Creek. But I also believe our junior high kids are working hard and getting better."

A total of 257 runners competed in both races with 147 in the large school and 110 in the small school.

Jones said the cross country program wanted to thank businesses Arvest Bank and Simmons Foods. Arvest Bank grilled hamburgers and chicken sandwiches and donated toward the concession stand, she said. Meanwhile Simmons Foods made a "generous donation" toward the program and the meet itself.

"They are so kind to allow us to run on their property each week and host this amazing event each year," she said.

The Siloam Springs cross country teams are back in action Oct. 1 at the Chile Pepper Festival in Fayetteville. 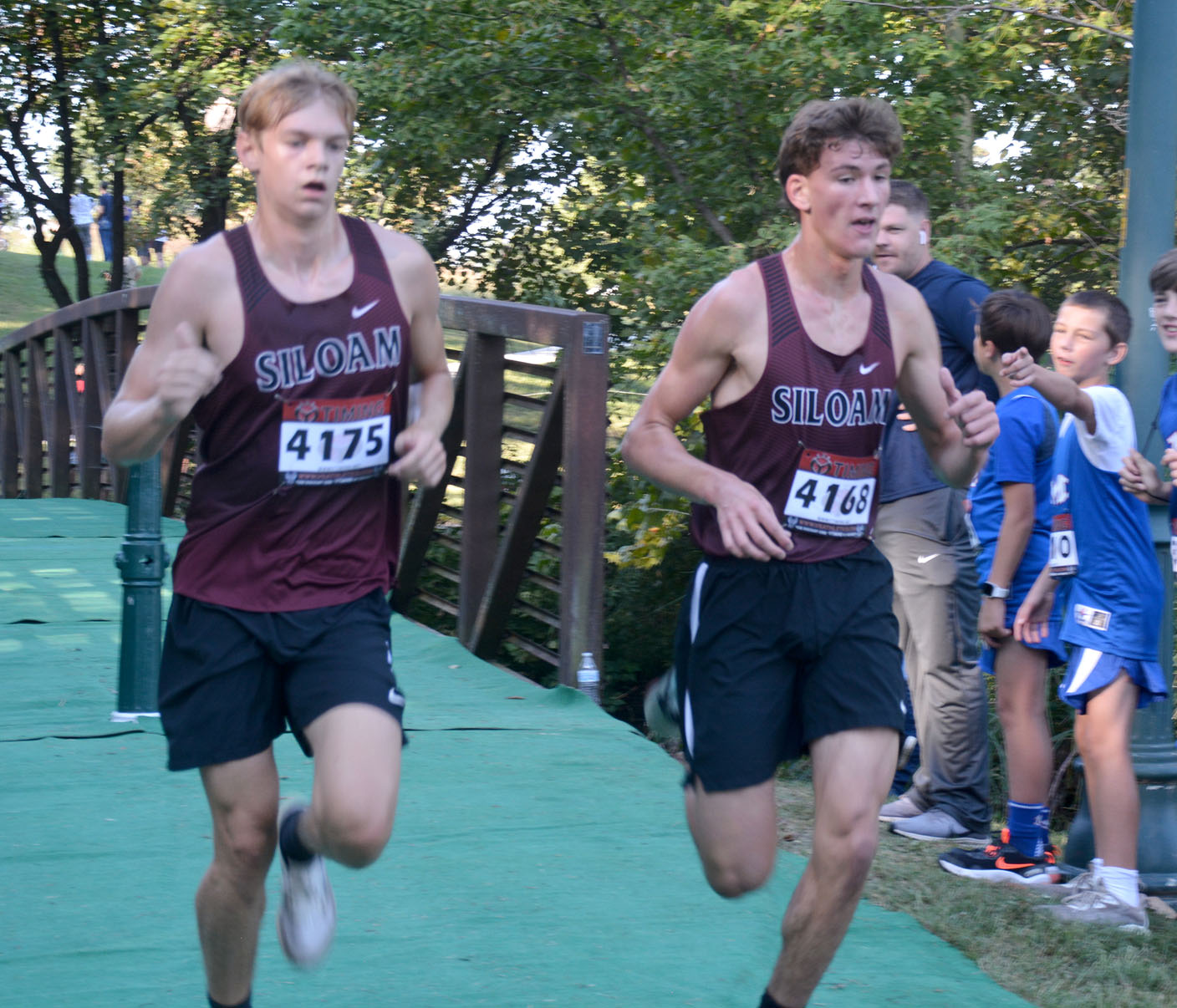 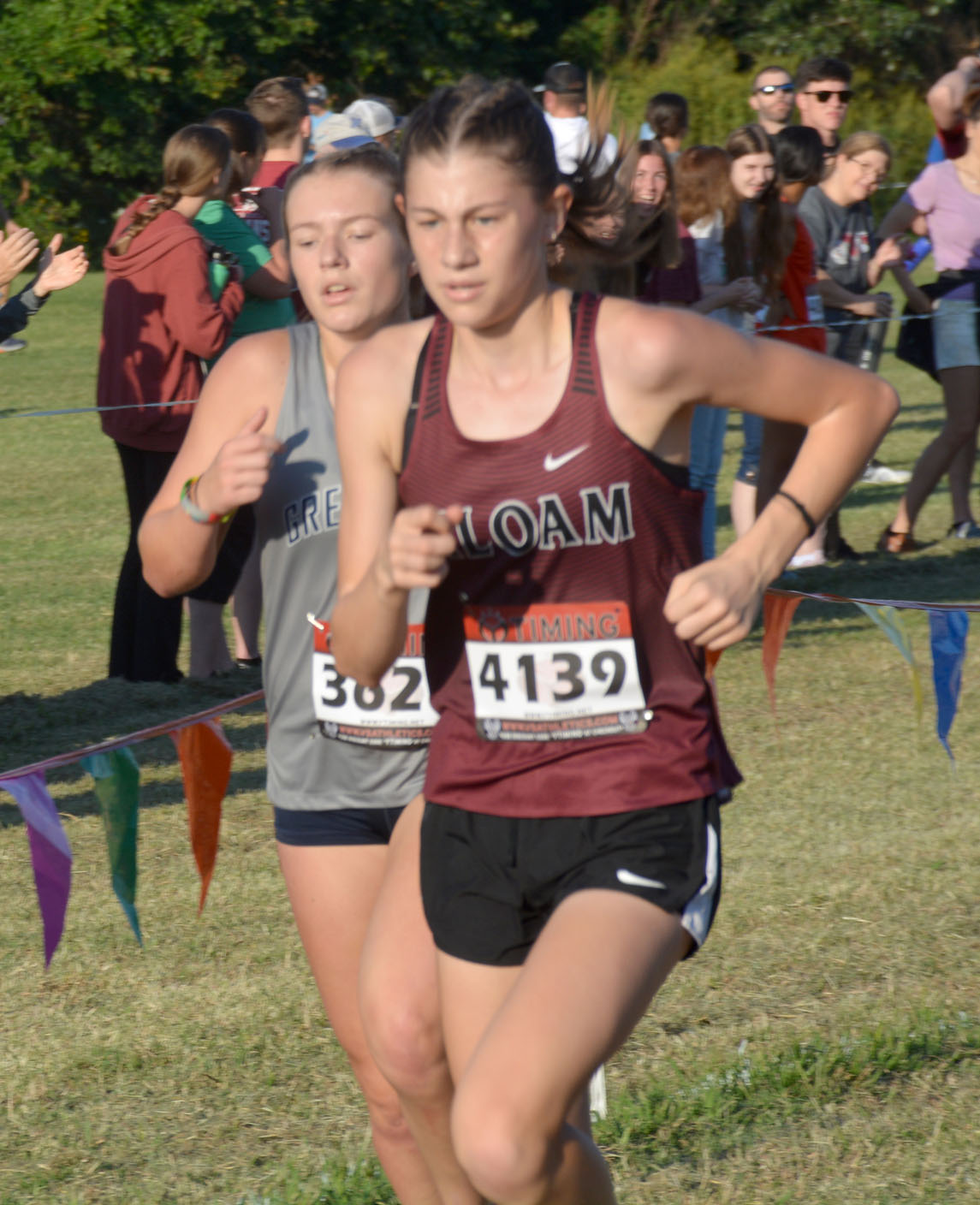 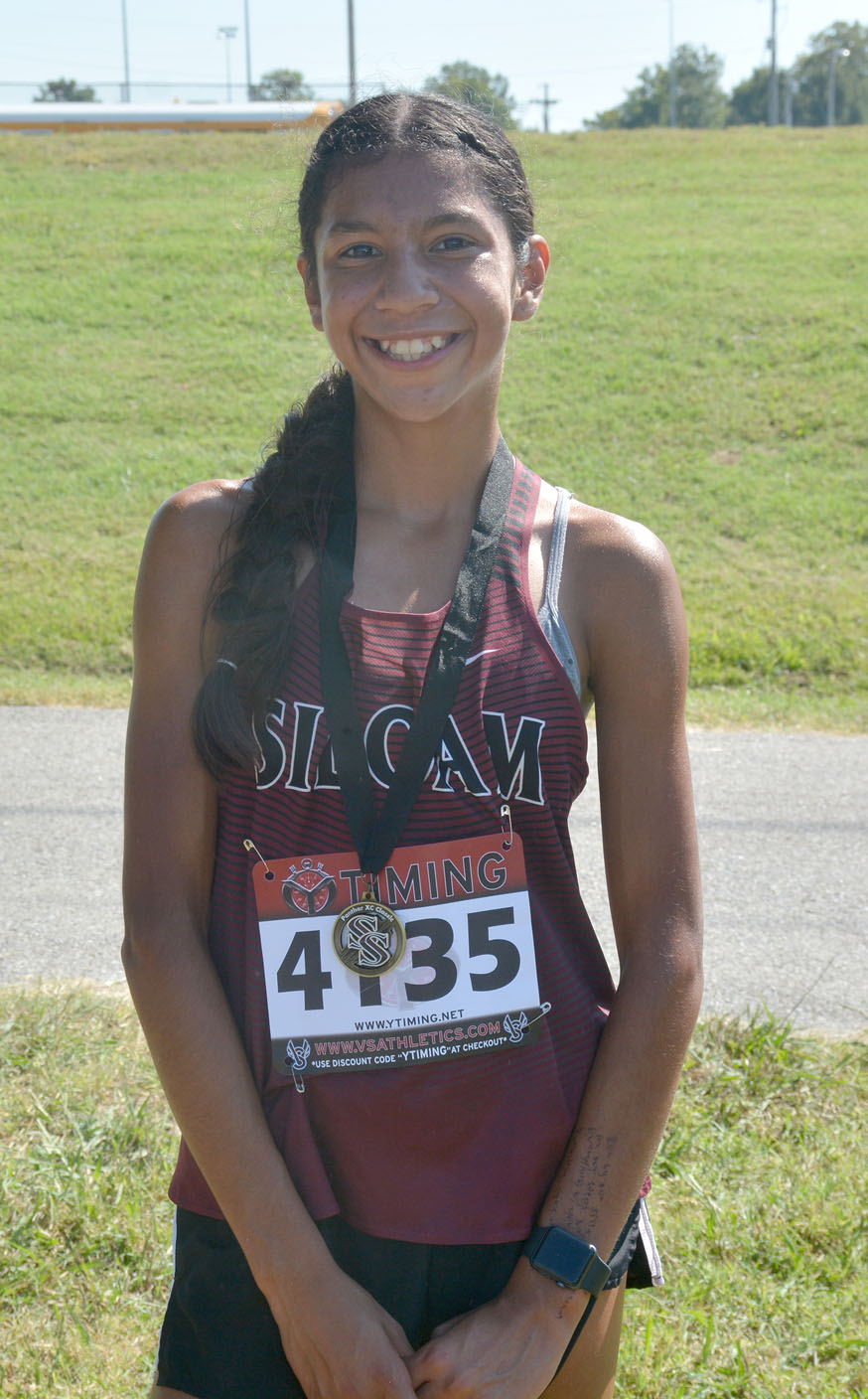