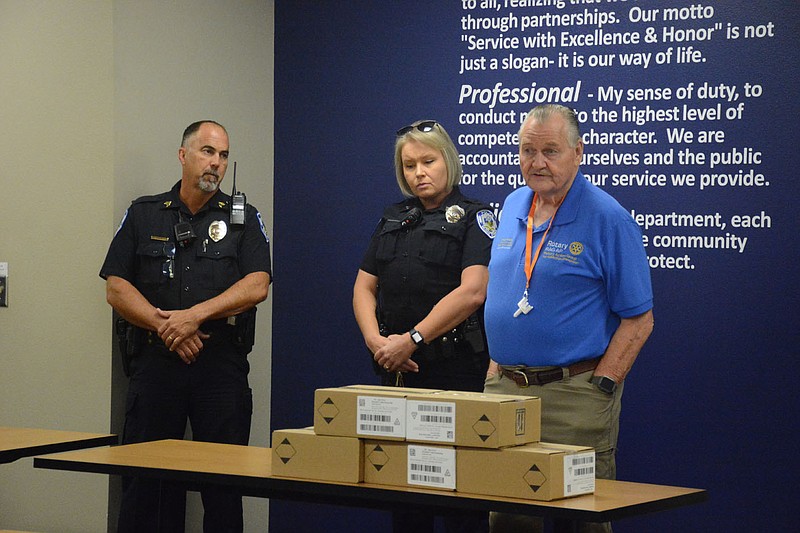 The presentation was led by Larry Kenemore, a Rotary member and a leader in Rotary's drug task force.

"Kloxxado is the new life-saving Naloxone that addresses the new fentanyl on the streets and is half the price of other products, thereby making taxpayer dollars go further and provide more of this item to the public," said Kenemore.

According to Kenemore, this is an exclusive collaboration between Rotary and Hikma Pharmaceuticals.

Kenemore says that the standard Naloxone dosage is 2 to 4 mg, but that the new Kloxxado dosage is 8 mg, which should address the issue of certain dosages not doing enough, especially when combatting fentanyl.

"If you look at the formulation, it's actually absorbed much faster and works much faster than some of the other products that are on the market," said Kenemore.

The naloxone doses will also go to resource officers for the Siloam Springs School District, as Kenemore cites higher cases of fentanyl overdoses in students. "It's going to protect our kids if they make some mistake and take something they shouldn't take," said Kenemore. 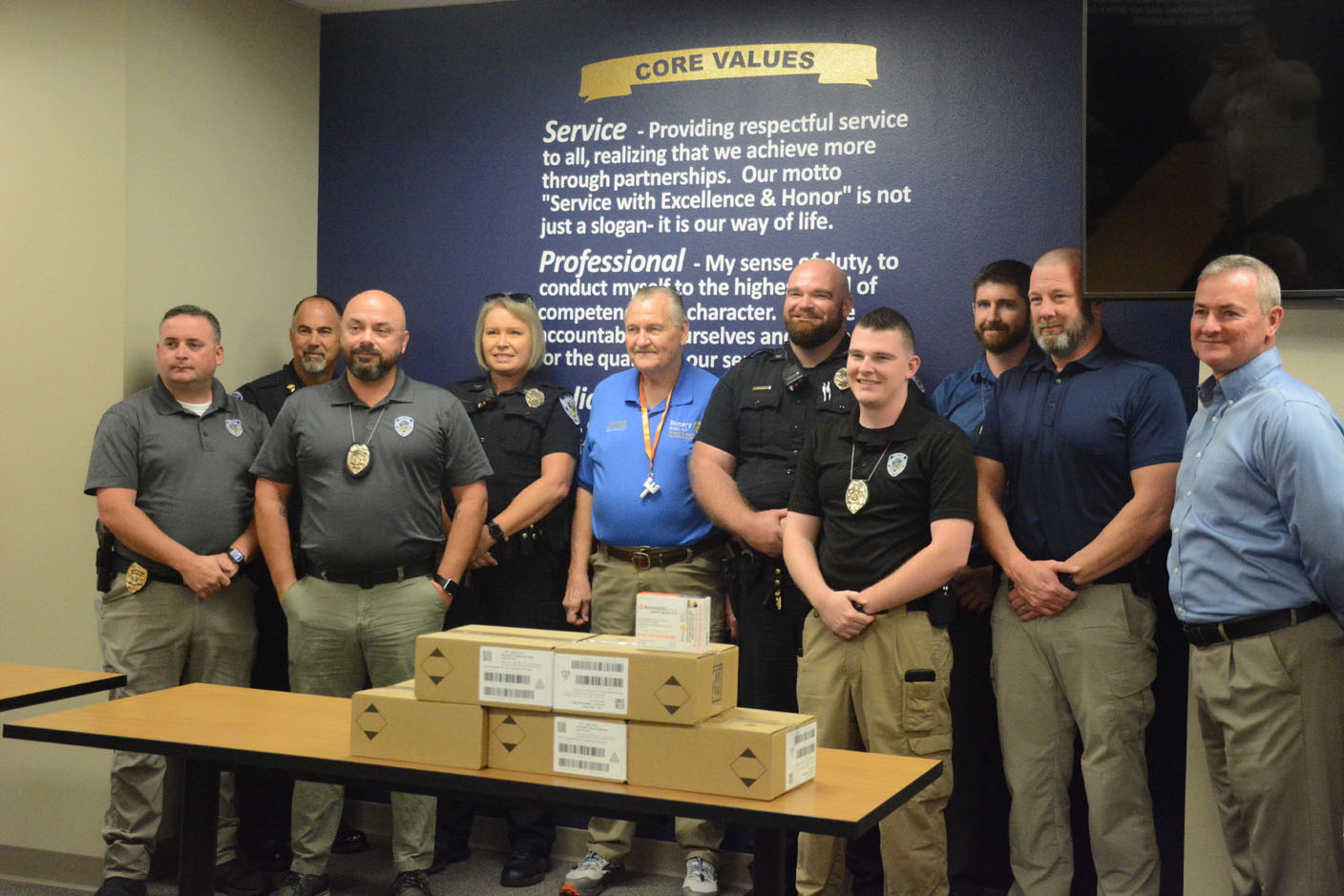