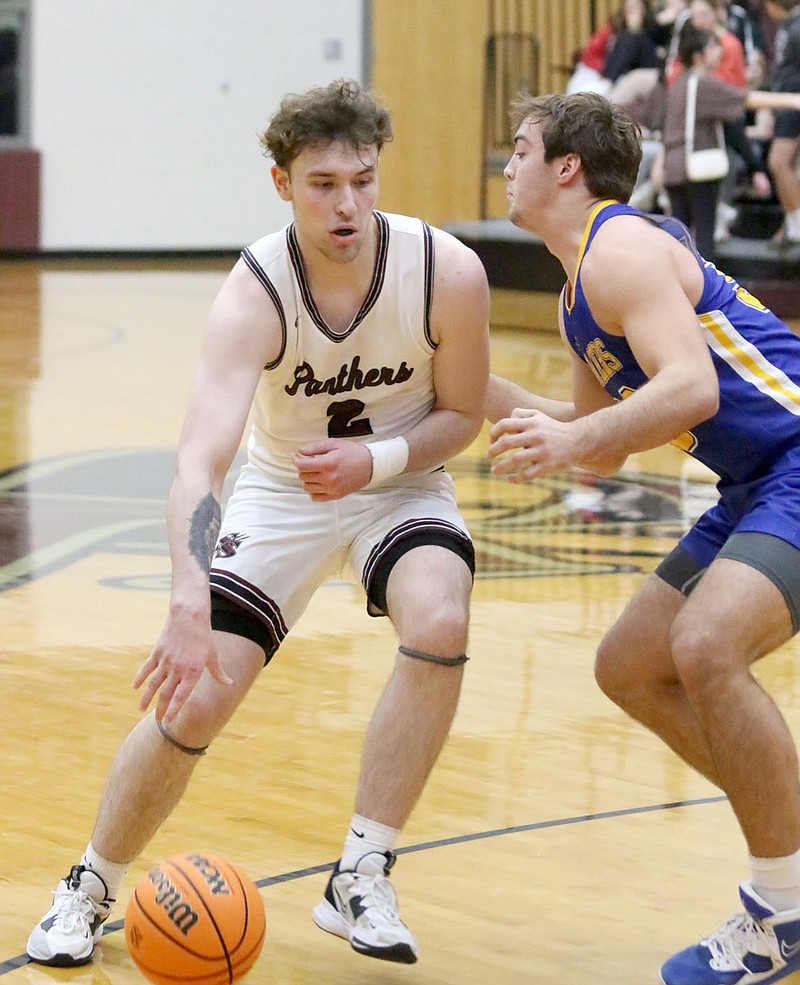 Siloam Springs got another big night from its senior scoring tandem of Dalton Newman and Nate Vachon and the result was a victory to kick off 5A-West Conference play.

Newman and Vachon combined for 44 points as the Panthers shrugged off an early 10-point deficit to knock off Mountain Home 64-51 Friday, Jan. 6, inside Panther Activity Center.

Newman scored 16 of his game-high 24 points in the second half and Vachon had 11 of his 20 in the final two quarters.

"They did what they were supposed to do," Siloam Springs Coach Tim Stewart said of the pair.

Newman scored 12 points alone in the fourth quarter as Siloam Springs saw a five-point advantage get up to double digits as the game went late.

"We had no answer for Newman," said Mountain Home coach Josh Fulcher. "I thought our posts struggled defending him on a one-on-one situation. We kind of relied a little more on zone, and he did a good job of knocking down shots in that high post. He stepped out and hit a perimeter shot. He's a really good player. Him and Vachon, everything sort of rolls through them, and they'll just play off of them. We didn't do a very good job on those two and therefore we got beat."

Mountain Home's McGee Harris shot up Siloam Springs' 3-2 zone for four 3-pointers in the first half and helped the Bombers build an early 10-point lead.

Harris hit a pair of threes in the first quarter, including one in the corner that gave the Bombers an early 16-6 lead.

"Well you know we came out, we made shots early and that's always big against that zone," Fulcher said.

Siloam Springs cut the lead to 16-13 by the end of the first quarter on back-to-back buckets by Newman and a three-point play from Vachon.

"They were hot. Obviously Coach Fulcher had a good plan and so we had to battle just to hang on early," Stewart said. "The kids, we were really proud. We thought we made some tough plays early in the game to stay with it and some shots to keep it close."

Vachon hit a 3-pointer to tie the game to start the second quarter, but Harris hit two more threes sandwiched around a basket from Ryder McClain to give the Bombers a 24-20 lead. Harris though had to leave the game after taking an elbow to the head.

"I felt like we kind of fell in love with the perimeter and everything and then we quit making shots on the perimeter and we couldn't get the ball where it needed to be inside," Fulcher said. "I thought we did a poor job during a stretch there. And then we did things that beat us like silly turnovers by guys that shouldn't be making those plays. You've got to give a lot of credit to Tim and his group, the 3-2 does a good job. He did a good job of running a 2-3 stack, 1-3-1 look and it kind of had us a little confused a little bit.

"One of our shooters (Harris) got hurt, and he was hot, and we needed him. He took an elbow to the head and you've got to have all your shooters against a zone like that. We knew when we lost him it was going to hurt a little bit."

Newman had a basket inside while Jaxon Spence scored in transition to tie the game at 24.

Nathan Hawbaker scored inside to take the lead but Mountain Home's Braiden Dewey asnwered with a jump shot to tie it back up at 26.

Siloam Springs took the lead for good at 28-26 with a jumper by Newman and he added another basket for a 30-26 lead. Blaine Tate split a pair of free throws with 2.9 seconds left before halftime.

The game remained tight toward the end of the third quarter when Siloam Springs went on a 9-2 run to open things up.

Vachon knocked down a three-pointer for a 39-35 lead and Hawbaker followed with a basket inside.

Vachon then had a layup and hit a 3-pointer at the buzzer for a 46-37 lead going into the fourth.

"It felt like our kids kept getting more comfortable, more comfortable," Stewart said. "It was a tough high school basketball game. It was physical. They have got some strong kids and we were really pleased with how our kids responded."

Nathan Hawbaker and Noah Shipp each chipped in nine points for Siloam Springs, while Spence had two.

The Panthers returned to action Tuesday, Jan. 10, at home against Alma. Results were not available at presstime. 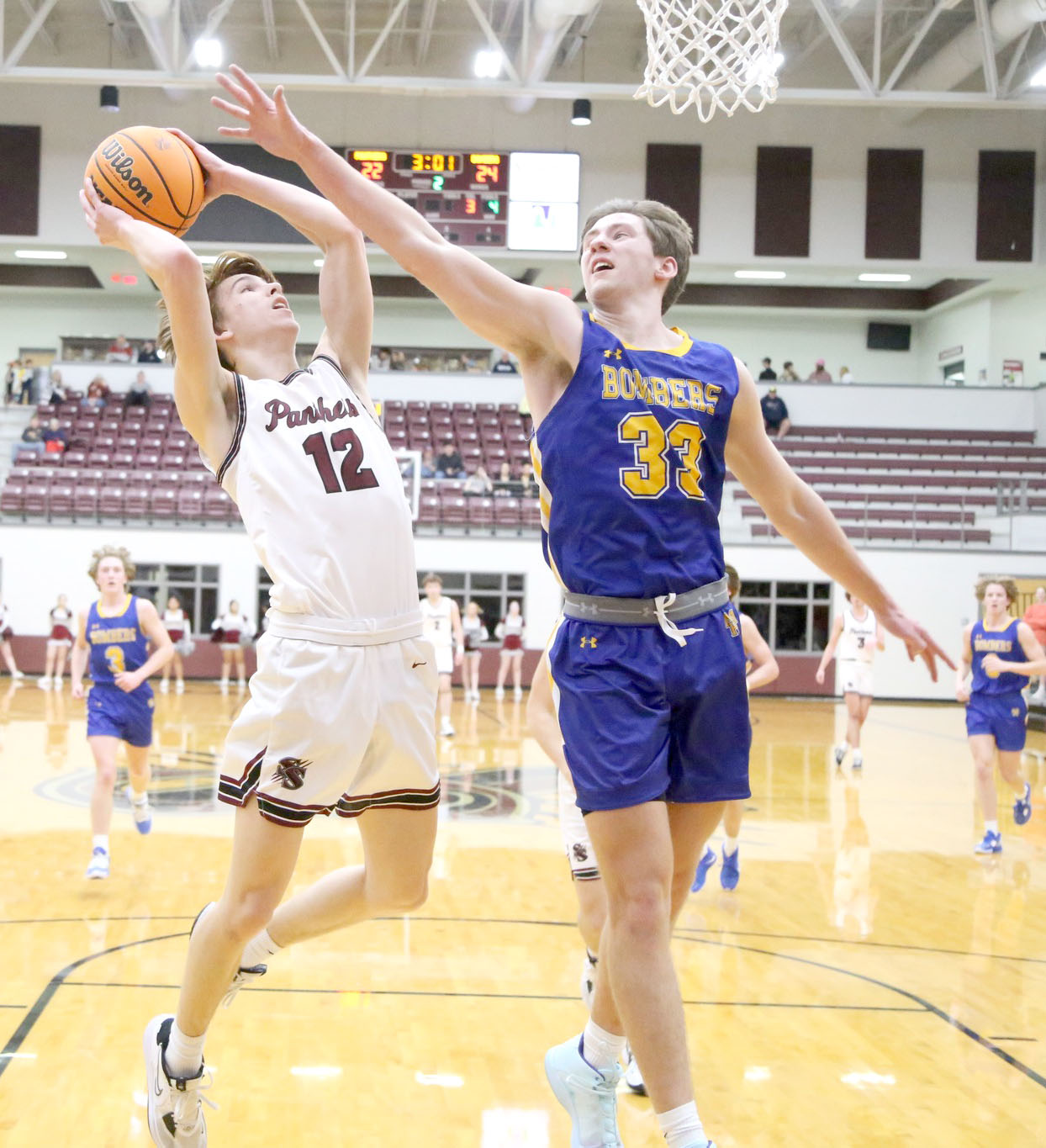