Panthers knock off Alma at home 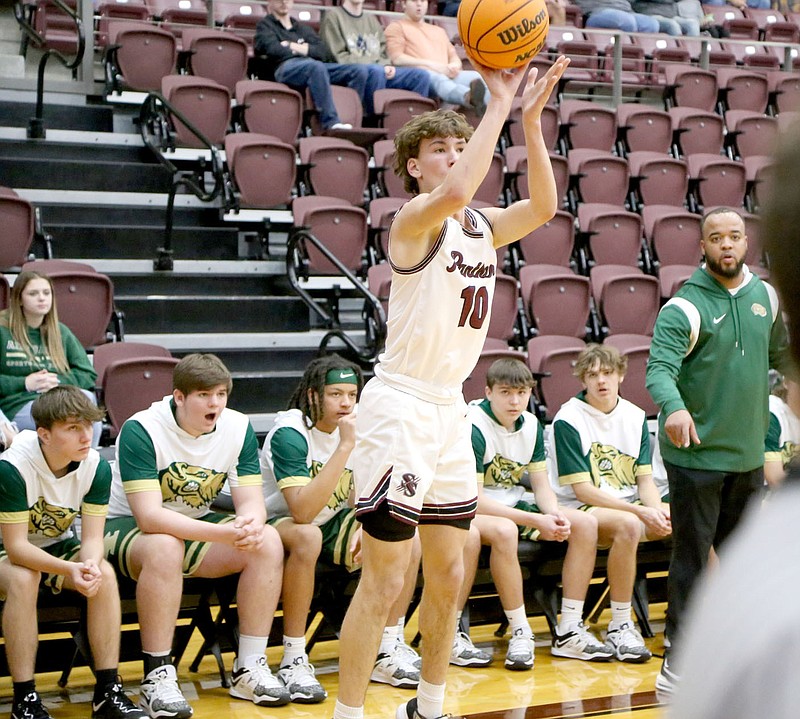 Mark Ross/Special to the Herald-Leader Siloam Springs senior Levi Fox shoots a 3-pointer in front of the Alma bench during a game Tuesday, Jan. 12, at Panther Activity Center. Fox tied a career-high with 15 points in the Panthers' 63-45 victory.

Over the course of the season, Siloam Springs has had different players step up, at times scoring to help basketball standouts Dalton Newman and Nate Vachon.

The Panthers enjoyed one of their more balanced scoring outputs of the season Tuesday, Jan. 12, in a 63-45 victory over Alma at Panther Activity Center.

Vachon led the Panthers with 20 points but Levi Fox matched a career-high with 15 points and Newman added 12.

"Obviously that's a huge deal for us," said Siloam Springs coach Tim Stewart. "Not only to help win games but confidence and the way teams guard us in the future. Seeing those other kids get better daily, it opens up a lot of different options for us. We're excited to see the growth from a lot of our players."

Alma didn't make it easy on the Panthers.

The Airedales led early 6-2 on back to back 3-pointers from freshman Easton Boggs.

Siloam Springs eventually came around on offense and took a 7-6 lead and increased it to 10-6 with a 3-pointer from Blackfox.

Alma cut it to 12-9 on a 3-pointer from Miles Kendrick but the Panthers scored the final four points of the first quarter to go up 16-9 on a jump shot from Newman and another basket from Blackfox.

Alma wouldn't go away though. The Airedales outscored the Panthers 19-14 in the third quarter and cut the lead to single digits in the fourth quarter.

"Their defense was enough where we never could get comfortable on offense," Stewart said. "Their (defensive) formations, coach did a good job lining them up in formations that really gave us trouble and was physical against our zone in good spots. It's like their kids had a good understanding of how to play physical against our zone. It gave us fits. We had to change it up."

Boggs hit his fifth three of the game and Kendrick followed with a three and a floater to bring the Airedales within 54-45 midway through the fourth. .

Alma meanwhile missed its final six 3-point attempts and finished the game 11 of 35 from long range.

"Alma came out in the second half and really made a run," Stewart said. "We had to call a couple of timeouts. Proud of our kids, we re-gathered and gapped it back out."

Boggs finished with 15 points on five 3-pointers, while Kendrick had 13 for Alma.

"Those kids, we're young," said Alma coach Dominic Lincoln. "A little bit too young, right? But at the same time, they do that. That's a testament to those kids and their character. They play hard. They bust their butts. We've just got to do a little better job of executing and playing better in games like this, but we are close and I am proud of them. At the same time, I think if we can get over the hump and get a little bit better I think we can win some games like this."

Siloam Springs got out to an early 8-2 lead at Greenbrier on Friday, Jan. 13, but the lead was short-lived as Greenbrier stormed back to take control and led the rest of the way in a 51-41 victory at the Panther Pavillion.

Aidan Berry hit six 3-pointers and scored 24 points to lead Greenbrier, who led by as many as 15 points in the second quarter before Siloam Springs cut the lead to 31-22 at halftime.

Jace Dunlap, who added 14 points and hit four 3-pointers, knocked down a 3-pointer to get the lead back to 47-41 and Siloam Springs could get no closer.

The Panthers were secheduled to host Greenwood on Tuesday, Jan. 17. Results were not available at presstime.

Siloam Springs is back on the road Friday, Jan. 20, at Russellville and will play at Van Buren on Tuesday, Jan. 24. 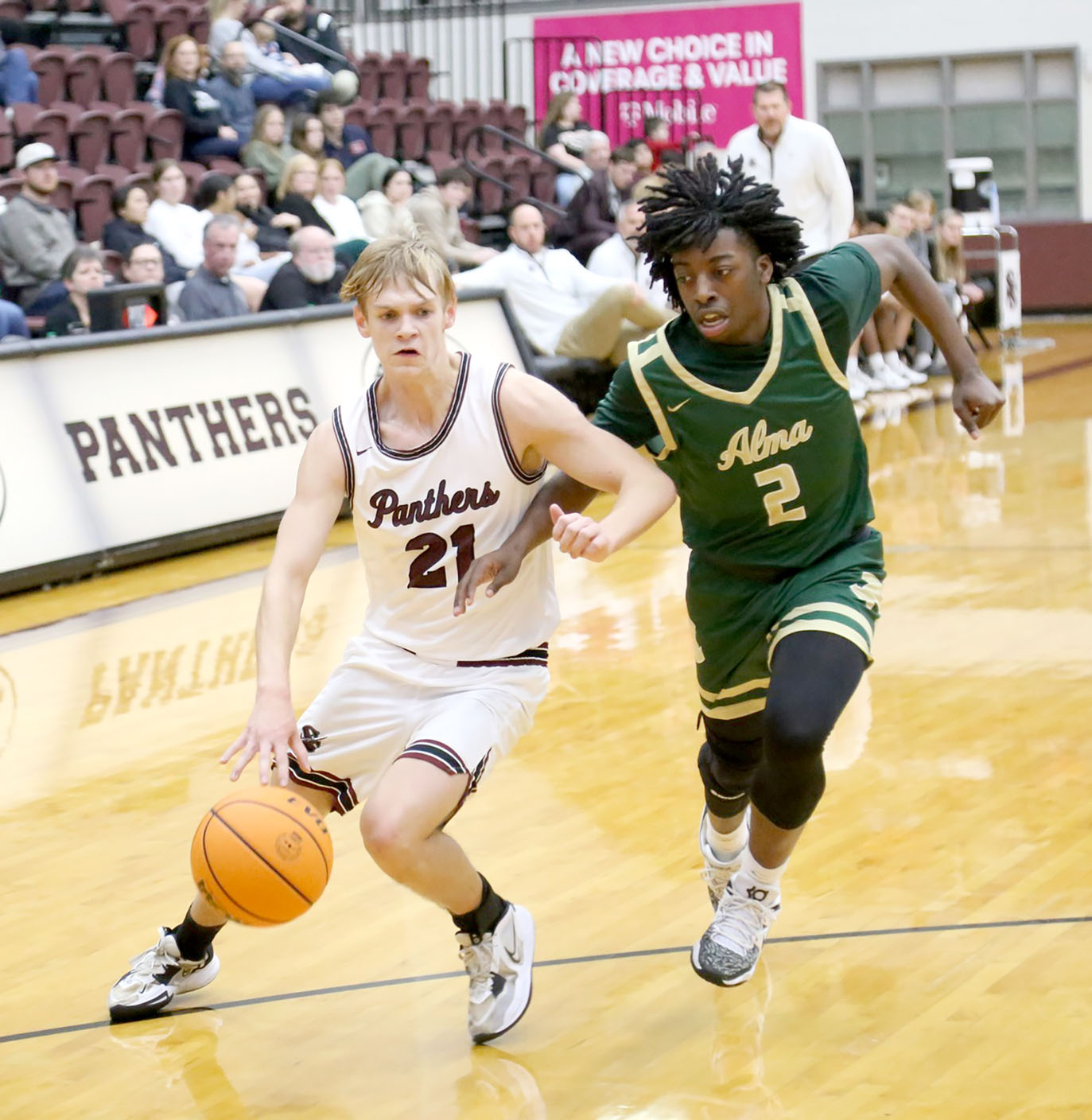